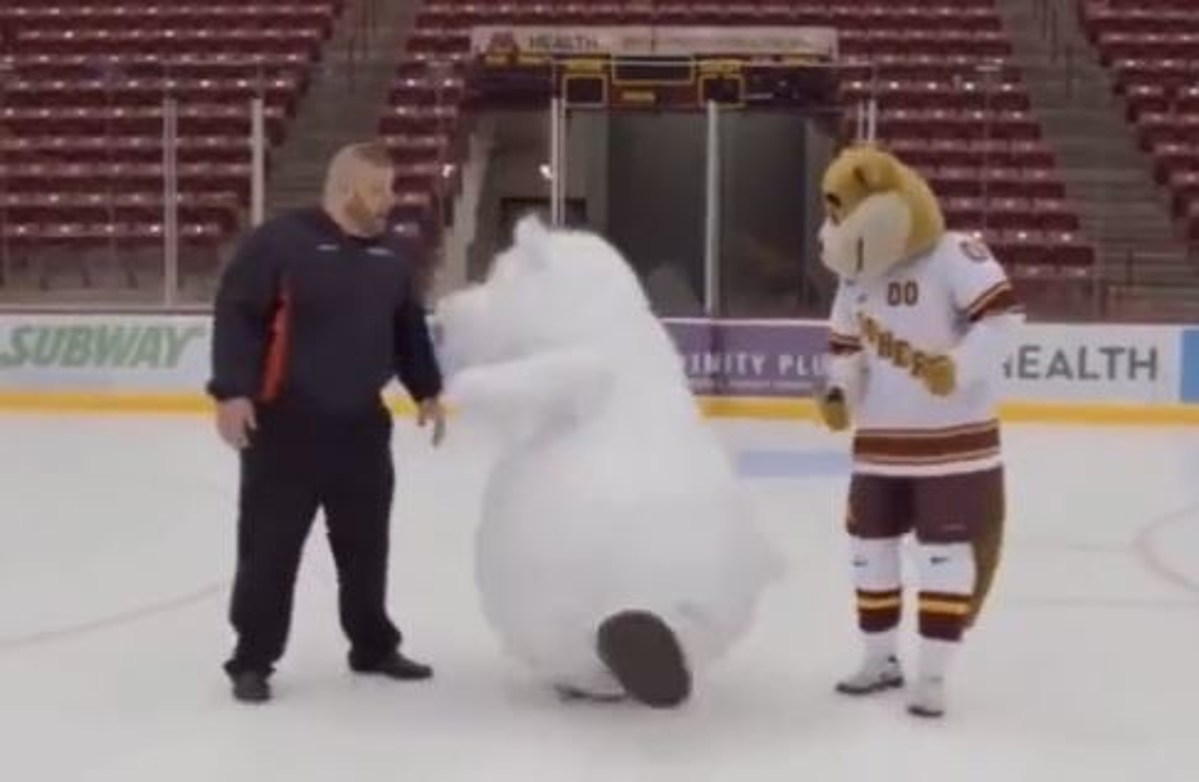 Well, it’s winter on the tundra and I think we could all have a good laugh or two, right? This video should do the trick. I’ve already watched it a dozen times today!

I remember seeing this blooper 5 years ago and I ran into him again this morning. Obviously, it’s gone viral again and for good reason. It’s hilarious!

According to bringmethenews.comthe multiple attempts to shoot this commercial for White Bear Mitsubishi were made at the Mariucci Arena, home of the Gopher hockey team.

The poor guy in the polar bear costume really has a hard time walking on ice and gravity in general.

It’s no wonder this video made a comeback and went viral again. Even famous comedian and actor, Patton Oswalt, tweeted about the hilarious attempt these guys were making to film the dealership commercial.

Whatever the psychological reason people laugh every time they see others fall, I don’t know but it’s just funny.

I’m sure White Bear Mitsubishi enjoys the millions of views around the world. I can’t buy a big ad like this. They can thank Twitter user Tashy McTashface for the resurgence of the video.

In my opinion, anything that can make a person laugh, especially in times of a pandemic, is golden. Go ahead, watch it a few more times. It’s good for the soul!

The 40 best covers of rock bands

WATCH: See the iconic cars that debuted the year you were born

What to know before borrowing