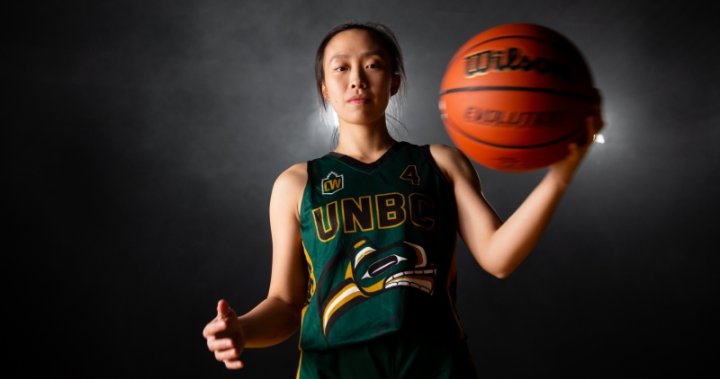 The University of Northern British Columbia unveiled new jerseys for its track teams which the school says are a Canadian first.

The Timberwolves’ new alternative jerseys feature a logo created by Gitxsan artist Trevor Angus, which UNBC says is the first of any college or university athletic program in the country designed entirely by an Indigenous artist.

“The sense of pride that I hope every student-athlete feels when wearing this uniform is something they will remember forever,” UNBC athletic director Loralyn Murdoch said in a statement. hurry.

Angus is a former UNBC student and also designed the logo for the school’s First Nations Center.

Its green, black, yellow and white logo is an interpretation of the Timberwolf logo that UNBC has used since 1998, and is accompanied by custom Indigenous piping on the sides of the versions of the soccer and basketball uniforms.

â€œI loved the whole wolf theme that was already there, and I worked on it. I’ve always thought of the wolf as an animal that works in a pack or in a team, so I thought it was such a good fit, â€said Angus.

â€œI had the vision of what I wanted to do before I put a pencil on paper. I am happy with the results. I hope UNBC wins a lot of games wearing these jerseys.

In addition to the new logo, the uniforms feature syllabics that translate to “En Cha Huna”, the UNBC motto of Dakelh (Carrier) elders interpreted as “respecting all forms of life”.

The football version of the jerseys will get their first competitive round on Saturday while the basketball version will be played for the first time on November 6, with both games against TRU WolfPack.