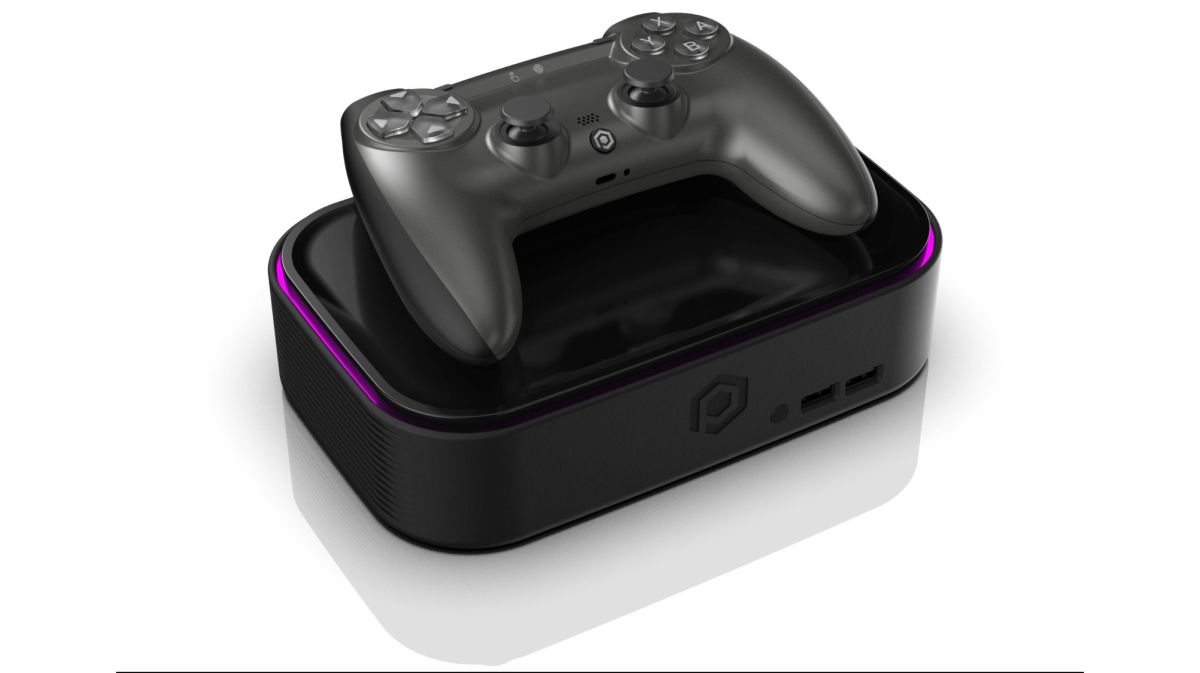 This New NFT Console Is a Design Chess Roller Coaster

If you haven’t heard of the farce going on around the Polium One yet, you’re in for a treat. Touted as the first Web3 games console, with a host of incredible specs (including a massive 8K resolution), the creator (Polium) hails it as the future of NFT gaming. But not everyone believes the hype, which hasn’t been helped by the recent release of the Polium One logo. Spoiler: this looks very familiar.

Polium took to Twitter to show off a mockup of the upcoming console with the logo sitting proudly on the front. But a slew of outraged responses followed, with many pointing out that the logo is a replica of the GameCube logo, just…er, flipped. Maybe they should have taken a look at our guide to designing a logo.

Polium flatly denied any similarity, stating “we did not copy Nintendo’s GameCube logo. Several companies use a similar logo. But we will illustrate a new original logo.” A fairly quick turnaround, then (see below). The company has since tweeted that another logo is currently in the works.

1️⃣ We did not copy Nintendo’s GameCube logo. Several companies use a similar logo. But we are going to illustrate a new logo which is original.July 4, 2022

But that’s not all. According to Twitter users, the website also proudly displayed “Touch ID” as a feature (see below). Unfortunately for Polium, Touch ID is an Apple trademark and cannot be used as a generic term for a fingerprint scanner (again, probably something to check first). It seems that Polium hastily amended this oversight (hopefully before Apple’s lawyers find out) because the website now simply reads “scanner”. Also note that the 8K resolution seems to have been downgraded to 4K – perhaps after the disbelieving responses to the ambitious claims.

There have been some hilarious suggestions for how Polium’s new logo should look, mostly based on the logos of other major game consoles. The use of the Playstation logo was popular because it already had the “P” in place:

well the bottom part of the playstation logo is actually the S in the station so it should look more like that i think pic.twitter.com/JaOEPzZj7SJuly 5, 2022

The outlandish claims and cobbled-together design don’t give us any assurance that this console will ever happen, and so far Polium’s defense of the situation isn’t helping either. The brand responded to criticism with reassuring comments like “there will be games and exclusive games” (hopefully on a game console) and “we have experience in hardware and software” (all the goods then).

Given the gaming community’s skepticism of NFTs and the future of Web3, Polium had to come out with this design to win over potential fans. Granted, all of this certainly caught our attention, but not for the right reasons. We’ll keep an eye on the situation but, for now, we have more faith in the Nintendo Switch Pro rumor mill, which has just come back to life.