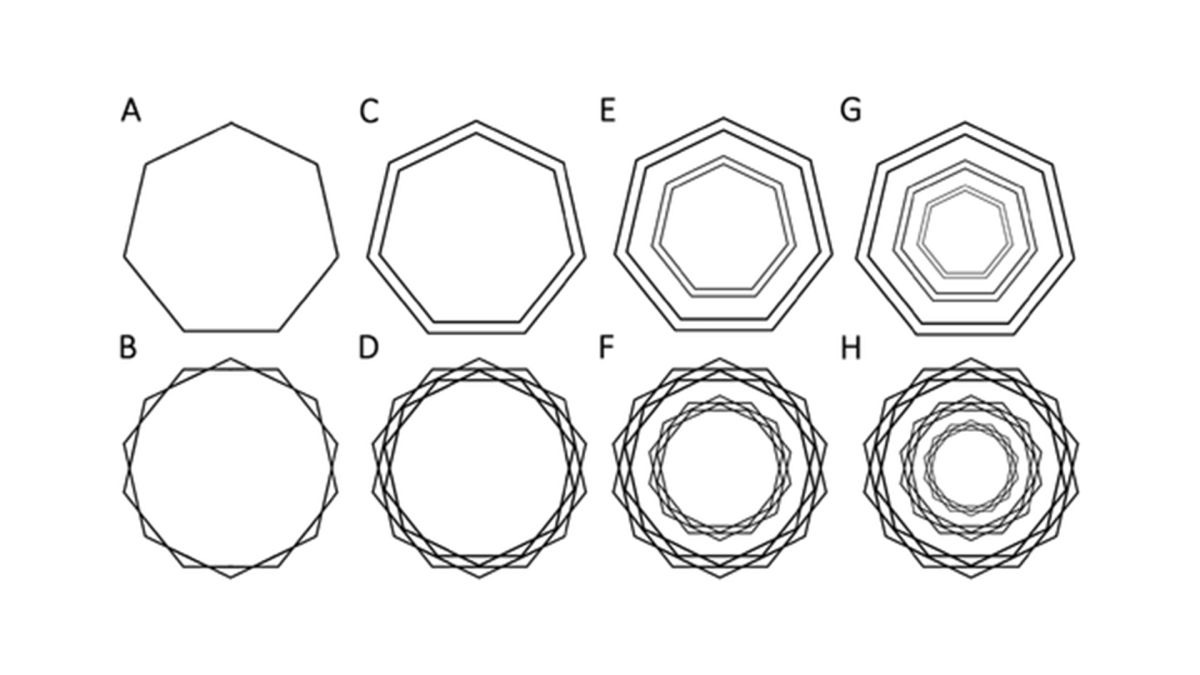 Most optical illusions have been around for some time, although this often does nothing to lessen their appeal. But every now and then a new one arrives, and this latest example is glittering – both in name and in nature.

Developed by a visual artist with a background in neuroscience, the illusion – titled Scintillating Starburst (not to be confused with everyone’s favorite chewy candy) – features a simple geometric pattern against a solid background. But look closely, and there’s a good chance you can see a series of dazzling white rays emanating from the center. Like all the best optical illusions, it proves that sometimes your eyes can go a long way on you.

Now, you don’t need us to tell you that those white rays aren’t really there. But they are impossible to ignore – and the effect is only heightened when the design begins to rotate (above).

Michael Karlovich created the image as a logo for his design company, Recursia Studios, and realized that he had stumbled upon a whole new optical illusion. â€œWhen I first saw the illusion that I created, I immediately had the intuition that I was looking at an effect that I had never seen before,â€ Karlovich told our partner site, Live Science. “I was pleasantly surprised, but ultimately confused as to the mechanism underlying the effect.”

After teaming up with psychologist and data scientist Pascal Wallisch, Karlovich discovered that the brain “connects the dots” between points of intersection, or “light points” in design. And while the illusions that drive the brain to fill in the gaps are not new, Karlovich says it’s the first such example that isn’t limited to a grid-like shape (like this mind-boggling 2005 album cover ).

From retro crazy heads to brand new colors, we’ve seen some really mind-boggling illusions lately. If you’re in the mood to build your own, take a look at the best Adobe Creative Cloud deals below.