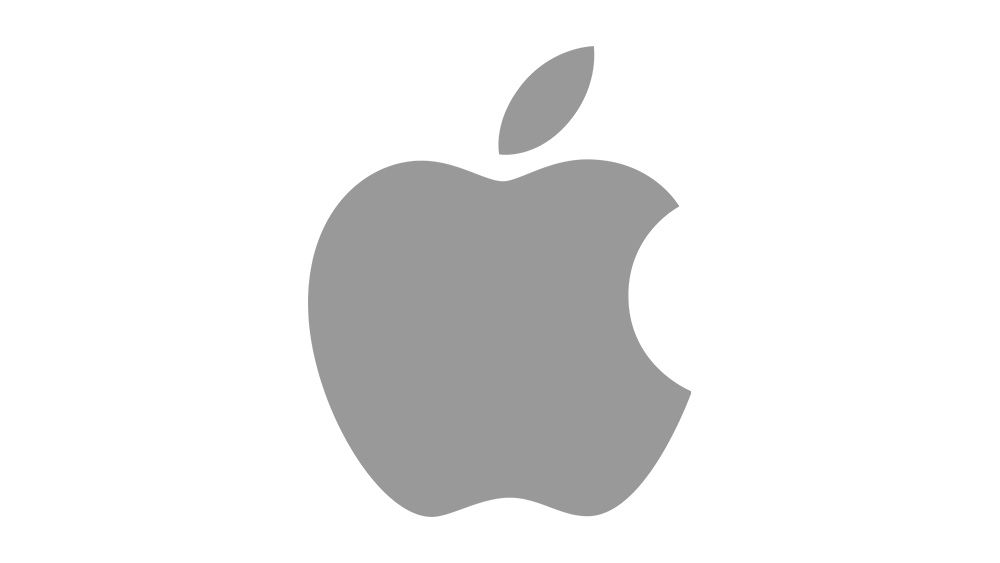 The Apple logo: a story

Today, the Apple logo perfectly reflects everything we associate with Apple. It’s clean, minimalist, and looks modern and upscale despite just showing a common fruit with a bite. But this has not always been the case. The Apple logo didn’t go through many changes in its time, but when it did, the transformation was significant.

Apple was born in April 1976, and the first Apple logo was…well, not at all like the Apple we know today. In fact, it’s the complete opposite of what we associate with the Cupertino tech giant: fussy and positively old-fashioned, perhaps even 19th century in its look. Read on to discover the fascinating history of the Apple logo, from the 1970s to today. And for more logo inspiration, be sure to check out our roundup of best logos all time.

Is that Steve Jobs lying under a tree? Of course not. This is Isaac Newton, waiting for the theory of gravity to hit him, literally. The first Apple logo looks more like a logo for an antique bookstore or even a pub rather than the world’s first technology company. “Apple Computing Co” appears in capital letters in a ribbon wrapped around what looks like an engraving of the famous English physicist.

Is Newton’s Apple moment where Apple got its name? It seems not. Jobs said at a press conference in 1981 that he just liked apples, so it seems the connection to Newton was more of an afterthought. The logo was designed by slot machine entrepreneur Ronald Wayne, who left Apple just days after the company was founded. His logo design didn’t last much longer.

A year later, the remaining founders of Apple, Steve Jobs and Steve Wozniak, wisely decided that they needed a more modern logo for their new company. Just imagine trying to scale down that original logo to put it on a machine. Jobs brought in graphic designer Rob Janoff for the task, and within two weeks the process was complete for the launch of Apple’s first personal computer, the Apple II, in April 1977.

Janoff’s design was remarkable for its simplicity. A 2D apple with a bite. That alone might have seemed a little too minimalist for the time, but the Apple received its famous rainbow coloring, which really set it apart from brands of the time.

Was the bite mark in the apple a tribute to Alan Turing, who killed himself by eating a poisoned apple? No, it’s one of those logo urban legends. The reason for the bite was to clarify that the fruit is an apple since without a reference to help us gauge the proportion, it could just as well be a cherry. The bite also allowed the word “apple” to be initially placed inside the apple space.

The logo was changed slightly in 1984 when Landor & Associates was brought in before the Macintosh was launched. Apple got a new typeface, but the logo was now often used without the name. The colors and shape have also been changed slightly. This design was used throughout the post-Steve Jobs era, including in the hilarious apple clothing line from 1986 and until the launch of the “Think different” campaign in 1997.

In 1997, Steve Jobs returned to a floundering business. His solution was to position Apple as a luxury brand, which required some adjustments to the logo. The bright rainbow colors have been dropped for a solid black apple, and the shape of the logo has also been refined, becoming slightly thinner.

There were a few variations. A translucent blue version of the logo was also developed, mirroring the Bondi Blue color of the new iMac, and a lightly embossed aqua Apple logo from the all-new shiny millennium featured on Apple MacOS X Cheetah in 2001.

The Apple logo remains very similar today. It is used in black, white and gray (or silver) depending on the application. The gray Apple logo is the one used on the Apple website and Apple Store as a favicon, and it’s close enough to silver to give a premium look and mirror the metallic look of the logo as it appears on electronics.

The logo is a success for several reasons. It’s simple yet recognizable and memorable, and it represents the name of the company in a literal way, while being abstract enough to make it seem like it makes sense for what the company does. The sleek feel of the logo also perfectly reflects Apple’s focus on minimalist yet high-quality design.

To discover the stories behind other tech logos, check out our pieces on the YouTube Logo and the LogoGoogle. We also deepen the History of the Coca-Cola logo. To work on your own designs, make sure you have the best graphic design software.

From alleged ANC subversion to a broken pylon: How the FNB’s acacia logo annoyed SA