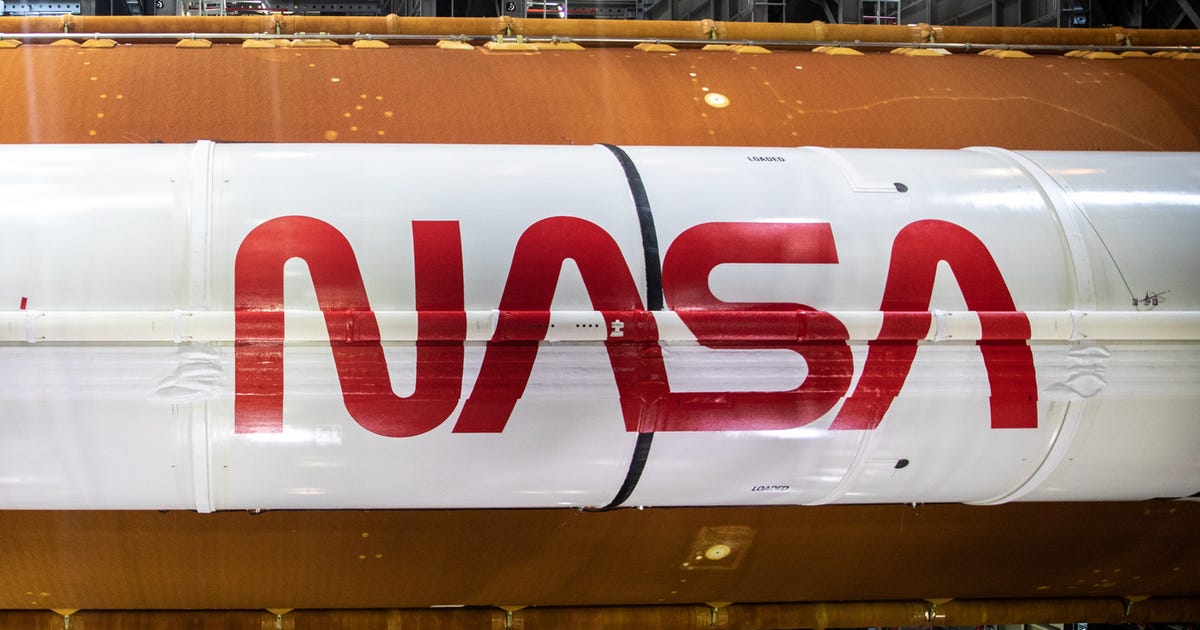 SLS, you are looking for fine.

It’s a big week for NASA’s Artemis lunar program. The giant Space Launch System (SLS) space rocket and Orion spacecraft capsule are set to roll out to the launch pad for testing ahead of the Artemis I mission around the moon. SLS is all dressed up with a vintage-inspired paint job.

NASA pays homage to the 1970s through the use of its classic “worm” logo, which gets its nickname from the way the letters look like big, soft worms. The logo was retired in the early 90s, but continued to appear on products such as t-shirts. More recently, NASA relaunched it for the SpaceX Falcon 9 Demo-2 mission with crew in 2020.

NASA’s current logo is known as the “meatball” due to its circular shape. I’ve always had a fondness for the bold look of the worm, probably because it was the NASA logo of my childhood, and it still sparks visions of space camp and freeze-dried astronaut ice cream.

From the lab to your inbox. Get the latest science stories from CNET every week.

NASA started painting the worm logo on SLS boosters in 2020, but announced on Tuesday that the work was finally done. “The cable tracks covering each of the double sets of the five segments have been installed, allowing the teams to complete the last piece of paint before the moon rocket rolls to the carpet on March 17 for the wet rehearsal test,” the agency said. said in a statement.

The wet dress rehearsal involves loading SLS with propellant and it must be successful before NASA sets a firmer launch date for Artemis I. The uncrewed mission will set the stage for future crewed flights. SLS and Orion could take off in May or June.


Now Playing:
Look at this:

Starship, Artemis and the Race to Low Earth Orbit: What…

It’s not just the rocket that shakes the worm. The Orion capsule will also have the honor of wearing the worm-eaten adornment as it hurtles through space, creating a visual link between NASA’s present and past.