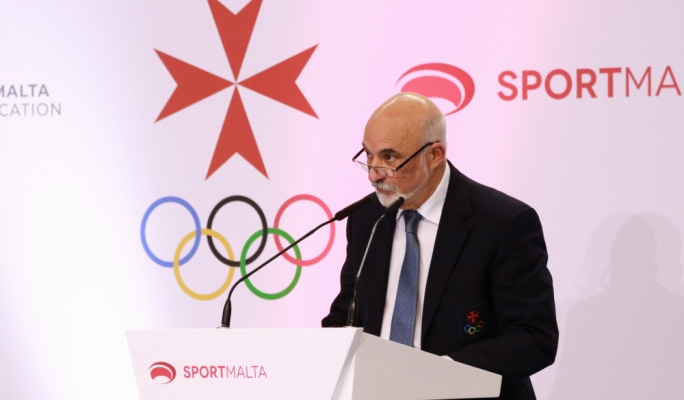 The Games of the Small States of Europe, the biennial multi-sport event, will return to Malta in 2023, two decades after they last appeared on our island.

The launch of the GSSE took place in a hybrid format and hosted several Maltese medalists from the 1993 and 2003 editions. Presidents and Heads of Mission from GSSE Member States joined the event virtually.

The GSSEs have a core of six individual sports and two team sports. Each Organizing Committee may add a maximum of two other Olympic sports or one Olympic sport and one non-Olympic sport.

“The Malta Olympic Committee has worked even more closely with the federations involved, ensuring that the necessary support is given and that the preparations are going as smoothly as possible. We hope that these Games will make the country proud, both in the way they are organized and in the results achieved, and that they will also serve as a catalyst to inspire promising athletes to continue working hard to achieve their dreams.

The GSSEs are a biennial event created as an initiative of the Maltese Olympic Committee in 1985, for European countries with less than one million inhabitants.

In 1993, the fifth edition of the Games took place in Malta. That year, Maltese athletes won 32 medals. Malta’s second round of hosting the Games was in 2003 and the medal tally rose to 44.

Since the start of the Games, 331 medals have been won by Maltese athletes.

“The Malta Olympic Committee, SportMalta and the Ministry of Education and Sport are working in perfect synergy for this event,” said GSEE Organizing Committee Chairman Mark Cutajar.

The Malta Olympic Committee has also announced that it will soon be launching a competition to design mascots and logos for the Games. The competition provides for the design of a logo and a mascot which will be used as part of the brand image of the Games of the Small States of Europe.

The Minister for Education and Sport, Dr Clifton Grima, closed the event. “We have invested both in infrastructure to increase the number of high-level venues, but for the first time we have also invested in human resources. €5 million was given to SportMalta to facilitate the training of athletes, by hiring professional coaches and their sports entourage.

The Sooners’ unanimous favorite in the NFCA preseason poll