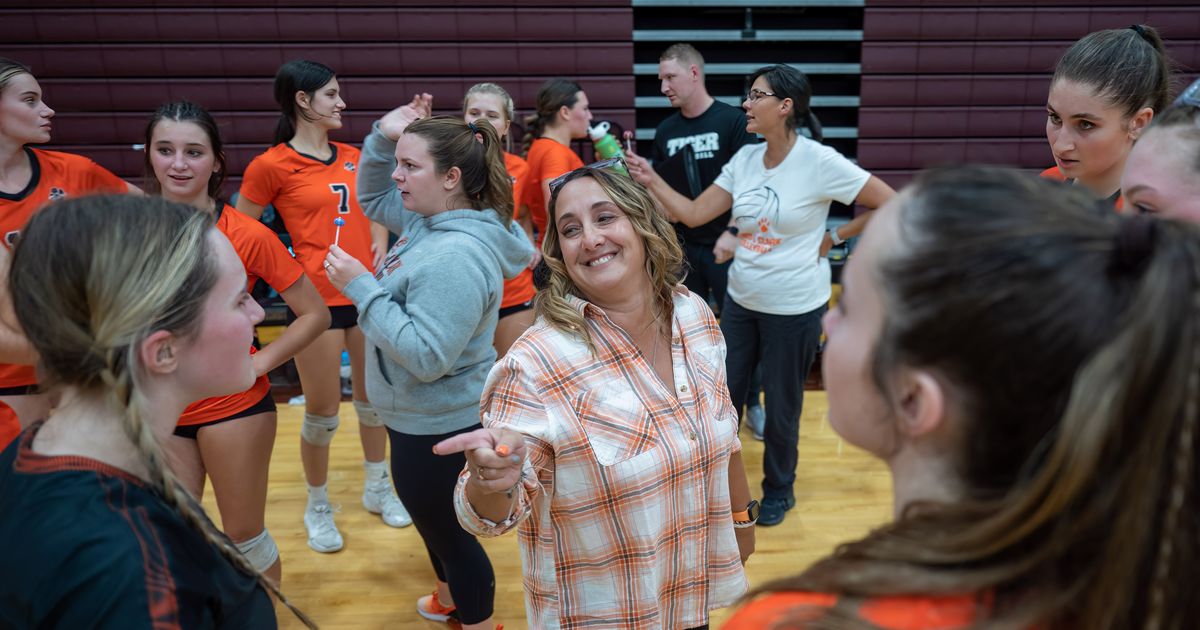 When it comes to volleyball royalty in the region and across the state, there are few tandems that command as much respect as coaches Buzzie Welch and Linda Sheridan.

So it makes sense that the pair are now honored with the renaming of this weekend’s citywide 64-team event, now called Crossover Classic in honor of Welch and Sheridan.

Previous editions of the tournament have honored Sheridan, who won five state titles in 24 years at Shadle Park before his death in 2013. But tournament organizers also wanted to recognize and remember the accomplishments of Welch, who had a career legendary at Lewis and Clark and died. in 2018.

“Anyone who knew Buzzie from his coaching days would know he didn’t care about getting credit for what he did, so I didn’t insist on his name being added at the start,” said Larissa Welch, the current Lewis and Clark. volleyball coach and Buzzie’s daughter-in-law. “He was the initiator and the reason why it all started in 1994.”

Larissa Welch and other event planners floated the idea of ​​adding Buzzie’s name alongside Sheridan, but it wasn’t until they saw it in writing that the decision was made.

“The people who make our logo and our shirts are the same people who did it from the start, and they said, ‘Hey, I’m just going to change it and I want to honor both Buzzie and Linda “, “said Larissa Welch. “We didn’t want to take Linda away, but rather honor them both, because they are both Hall of Fame coaches.”

“It’s super important to pay tribute to them, especially for the veteran coaches in the region who have had the chance to coach with or against Linda and Buzzie,” said Shadle Park athletic director Beau Tilleman. “We actually have a plaque that we found in an old classroom that honors Linda’s status as a volleyball and basketball coach, so we’re going to hang it in the gymnasium that already bears his name on the pitch.”

While the name change is important to the community, it was only one piece of the logistical jigsaw to organize an event of this magnitude. The 64 teams from Washington and Idaho will be split into 13 pools for pool play Friday night and Saturday morning, before being divided into brackets based on their pool records.

Bracket play will take place on Saturday afternoon with the gold bracket being held at Lewis and Clark. Shadle Park, Ferris and North Central High Schools will also host pool and parenthesis games.

“We start in early spring, getting invitations and tournament information, seeing which teams want to come back,” Tilleman said. “We can also present new teams that have not been part of it. This year we have Genesee (Idaho) coming to play because that’s where I grew up and went to school, so small schools like that are really happy to have the opportunity to star in something like this.

Larissa Welch also knows the importance of getting her team into those tournament atmospheres ahead of a possible state push in November.

“It’s a big picture, so it’s good for us to give the team the opportunity to see what they will be up against later, the caliber of team they could face. is their goal,” she said.

Tickets for the event are $10 for adults and $5 for students. GSL passes are not accepted for admission. The Friday pool game will start at 7:30 p.m. and continue on Saturday at 8:00 a.m.

The Brock Spack show is broadcast live Thursday by the schooners