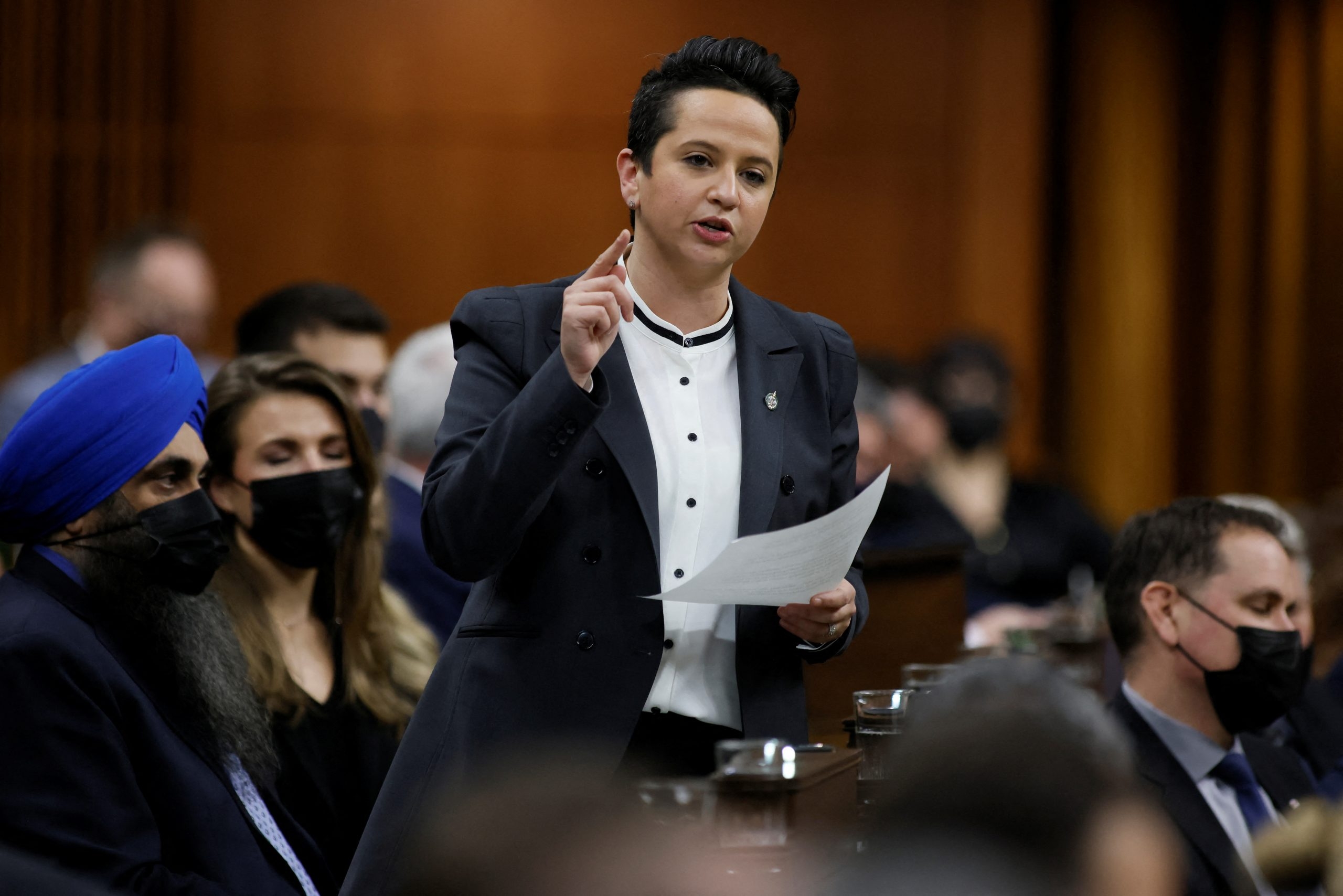 It has become far too common for Prime Minister Justin Trudeau to call out someone he disagrees with as a racist, misogynist or even a Nazi, but that he did it to a Jewish woman on Wednesday is outrageous . Yet there was Trudeau, answering a perfectly reasonable question by linking Conservative MP Melissa Lantsman to people waving Nazi flags.

It was yet another example of how our Parliament under the current government sees no real debate taking place, it sees the Trudeau Liberals answering every question like children in the schoolyard.

Lantsman was questioning the government on its decision to invoke the Emergencies Act, a serious decision no government has ever considered. She compared two quotes from Trudeau, one from 2015 saying governments must trust the public for the public to trust them versus her recent comments denouncing those who protest the government’s pandemic measures.

“The same prime minister, six years later, as he fan the flames of an unwarranted national emergency,” Lanstman said. “When did the Prime Minister go astray?

It’s a simple question, which a Trudeau could easily have dismissed without going where he went.

Trudeau knew who he was talking to. He knows who Melissa Lantsman is and that she is not only Jewish herself, but also represents the riding with the largest Jewish population in the country. Maybe he didn’t know she was descended from Holocaust survivors, but that hardly matters. Trudeau knew enough to know more.

Lantsman raised a point of order in the House of Commons asking Trudeau for an apology, but he had already left the House.

“I didn’t get that apology,” Lantsman told me when I spoke to him on Thursday.

“I think that’s exactly what I’ve seen and what so many Canadians have seen for a long time and I think the true colors have been shown. When you disagree with the prime minister or see things the way he does, you’re racist, you’re misogynist, you’re altered. It’s a problem.”

Lantsman said Trudeau was simply trying to fuel divisions in this country. If it was just a Tory MP saying that, maybe you could shrug your shoulders and say it’s partisan politics, but not just Lantsman and his Tory colleagues.

“We are more divided than ever,” Liberal MP Joel Lightbound said last week.

Lightbound broke ranks by criticizing his own government and Trudeau in particular for playing corner politics with big issues like the pandemic.

We apologize, but this video failed to load.

“From a positive and unifying approach, a decision was made to stall to divide and stigmatize,” Lightbound said.

But this attempt to corner, to divide, to stigmatize goes so far as to link a Jewish deputy to the Nazis.

The bizarre thing is that while the Liberals continue to see Nazis all over the protests in Ottawa, not a single Conservative MP has been standing with someone carrying such a flag. There was exactly one swastika flag seen in Ottawa and it was the first day and no one ever made it to the protest site. They were chased away.

If this is the bar Trudeau wants to put up to bind people to evil, what should we say about the fact that he was photographed with Nazis, even signing a swastika flag for one of them like he did in 2017?

The fact is that we have very serious problems in front of us, but we do not have a serious person at the head of our government.

Trudeau owes Lantsman an apology, he owes Canada a serious response to the crisis he helped create.

From our newsroom to your noon inbox, the latest headlines, stories, opinions and photos from the Toronto Sun.

Thank you for your registration!

A welcome email is on the way. If you don’t see it, please check your spam folder.

The next issue of Your Midday Sun will soon be in your inbox.

We encountered a problem during your registration. Try Again