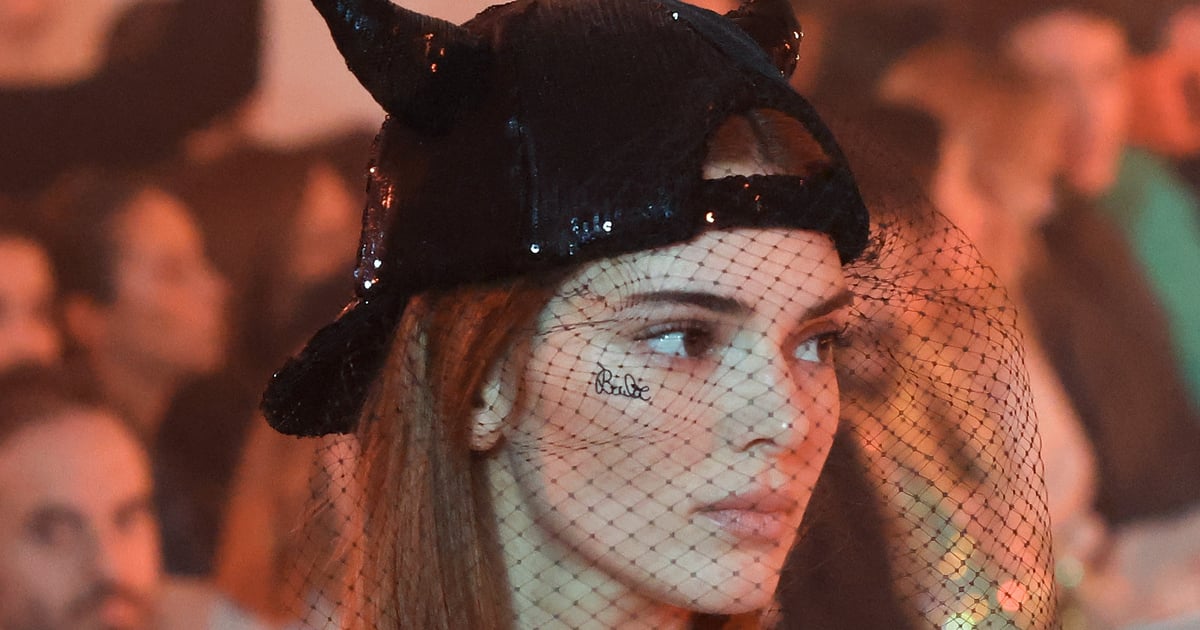 Eliot (Dominic Fike) of “Euphoria” has reignited public interest in face tattoos, and they’ve received another stamp of approval from a fashion industry giant.

On March 1 at Paris Fashion Week, viewers gathered to celebrate the life and legacy of visionary designer Virgil Abloh at the Off-White show, the last show he created for the brand before he passed away at the end of last year. The show, “Spaceship Earth: An Imaginary Experience,” saw models in elevated versions of classic pieces, such as oversized patterned leggings; stand-up collar down jackets; and sleek trench coats with Off-Whites’ signature logo embossed in bold colours. While fashion spoke for itself – and we’re sure to see more of it on the streets of New York this fall – the show also made way for a few beauty trends, including temporary face tattoos.

Models Kaia Gerber and Kendall Jenner were among the many models on the show spotted with face stickers under their eyes. The tattoo designs ranged from small dots reminiscent of the beauty patches used during the French Revolution era to the word “babe” in cursive script. It reminded us of the era of gold and adhesive body tattoos circa 2016, which makes sense – all things old are new again.

In the information war in Ukraine, a mixture of reality and fiction