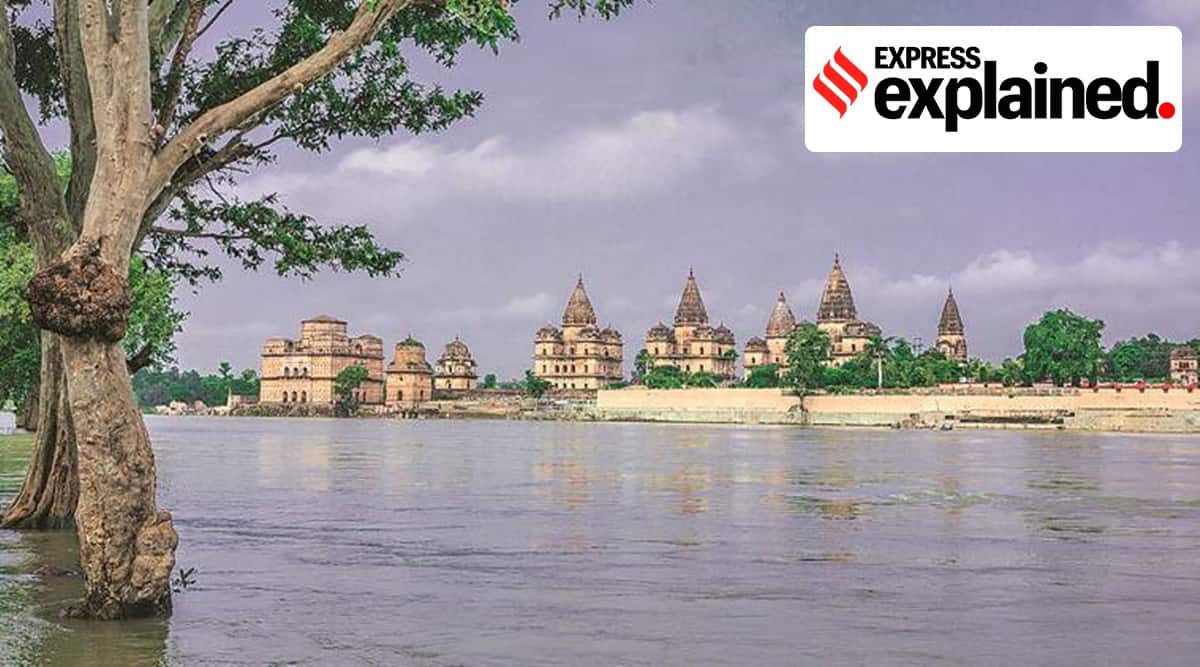 What is the Ken-Betwa Link Project?

This is the first project of the National Perspective Plan for the interconnection of rivers. He plans to transfer water from the Ken River to the Betwa River, both tributaries of the Yamuna. The Ken-Betwa link channel will be 221 km long, including a 2 km long tunnel.

The project has two phases, with mainly four components. Phase I will involve one of the components – the Daudhan Dam complex and its subsidiary units such as the low-level tunnel, the high-level tunnel, the Ken-Betwa link channel and the power plants. Phase II will consist of three components: the Lower Orr Dam, the Bina Complex Project and the Kotha Dam. According to Ministry Jal Shakti, the project is expected to provide annual irrigation of 10.62 lakh hectares, provide drinking water to around 62 lakh people and generate 103 MW of hydropower and 27 MW of solar power.

According to an official statement released after Cabinet approval on Wednesday, the total cost of the Ken-Betwa linkage project was valued at Rs. 44,605 â€‹â€‹crore at 2020-21 price levels. The Union Cabinet approved central support of Rs 39,317 crore for the project, covering a grant of Rs 36,290 crore and a loan of Rs 3,027 crore, the statement said. The press release further states that the project is proposed to be implemented in 8 years with “state-of-the-art technology.”

A Special Purpose Vehicle (SPV) for the project

According to the statement, a special purpose vehicle (SPV) called the Ken-Betwa Link Project Authority (KBLPA) will be set up to implement the project. In fact, the Center initiated the process of creating the National River Interconnection Authority (NIRA), an independent autonomous body for the planning, investigation, financing and implementation of interconnection projects of rivers. rivers (ILR) in the country. The NIRA will have the authority to set up SPV for individual liaison projects.

When was the Ken-Betwa project agreement signed?

On March 22, 2021, a Memorandum of Understanding was signed between the Ministry of Jal Shakti and the governments of Madhya Pradesh and Uttar Pradesh to implement the Ken-Betwa Link Project (KBLP).

How was the project conceptualized?

The idea of â€‹â€‹linking Ken to Betwa received major impetus in August 2005, when a tripartite Memorandum of Understanding for the preparation of a Detailed Project Report (DPR) was signed between the Center and the two states. In 2008, the Center declared KBLP a national project. Later it was included in the Prime Minister’s program for the development of the drought-prone Bundelkhand region.

In April 2009, it was decided that the DPR would be prepared in two phases. In 2018, a full DPR including Phases I, II and an additional area proposed by Madhya Pradesh was also prepared. It was sent to Uttar Pradesh, Madhya Pradesh and the Central Water Commission in October 2018. On Monday, the MoU was signed to implement the project.

Which regions will benefit?

The project is located in Bundelkhand, a drought-prone region, which spans 13 districts of Uttar Pradesh and Madhya Pradesh. According to the Jal Shakti ministry, the project will greatly benefit the water-poor region, especially the districts of Panna, Tikamgarh, Chhatarpur, Sagar, Damoh, Datia, Vidisha, Shivpuri and Raisen of Madhya Pradesh, and Banda, Mahoba, Jhansi and Lalitpur from Uttar Pradesh. “This will pave the way for greater interconnection of river projects to ensure that water scarcity does not become an obstacle to the development of the country,” the ministry said in a statement.

Will the project affect the Panna Tiger Reserve?

According to the National Water Development Agency under the Jal Shakti Ministry, the Daudhan Dam, to be built on the Ken River, will be 77 meters high and its gross capacity will be 2,853 million cubic meters.

“In order to mitigate the negative impacts on the Panna Tiger Reserve, as decided by the NTCA, the Landscape Management Plan to decide on the mitigation strategy regarding the Ken-Betwa link entrusted to the Wildlife Institute of India, Dehradun and is in its final stages, â€NDWA said. noted.

â€œIn addition to the above three wildlife sanctuaries namely Nauradehi, Rani Durgawati from MP and Ranipur WLF from UP should be integrated into the PTR for good conservation of wildlife in the tiger reserve,â€ he said. .

How old is the concept of river link in India?

In the past, several river link projects have been undertaken. For example, the Periyar project, in which the transfer of water from the Periyar basin to the Vaigai basin was envisaged, was put into operation in 1895. Other projects such as Parambikulam Aliyar, the Kurnool Cudappah canal, the Telugu Ganga and Ravi-Beas-Sutlej project have also been undertaken. .

In the 1970s, the idea of â€‹â€‹transferring excess water from a river to a water-deficit area was brought up by Union Irrigation Minister Dr KL Rao. An engineer himself, he suggested the construction of a national water network to transfer water from water-rich areas to water-deficit areas.

Later, Captain Dinshaw J Dastoor proposed a Garland Canal to redistribute water from one area to another. However, the government has not taken these two ideas any further.

Later, the idea of â€‹â€‹a river link was revived under the regime of Atal Bihari Vajpayee. The Ken-Betwa Link Project is one of 16 peninsular component projects.

What are the clearances required for a river link project?

Different types of authorizations are required, such as: techno-economic authorization (given by the Central Water Commission); forest and environmental clearing (Ministry of the Environment and Forests); plan for the resettlement and rehabilitation of the tribal population (Ministry of Tribal Affairs) and wildlife clearance (Central Committee empowered).