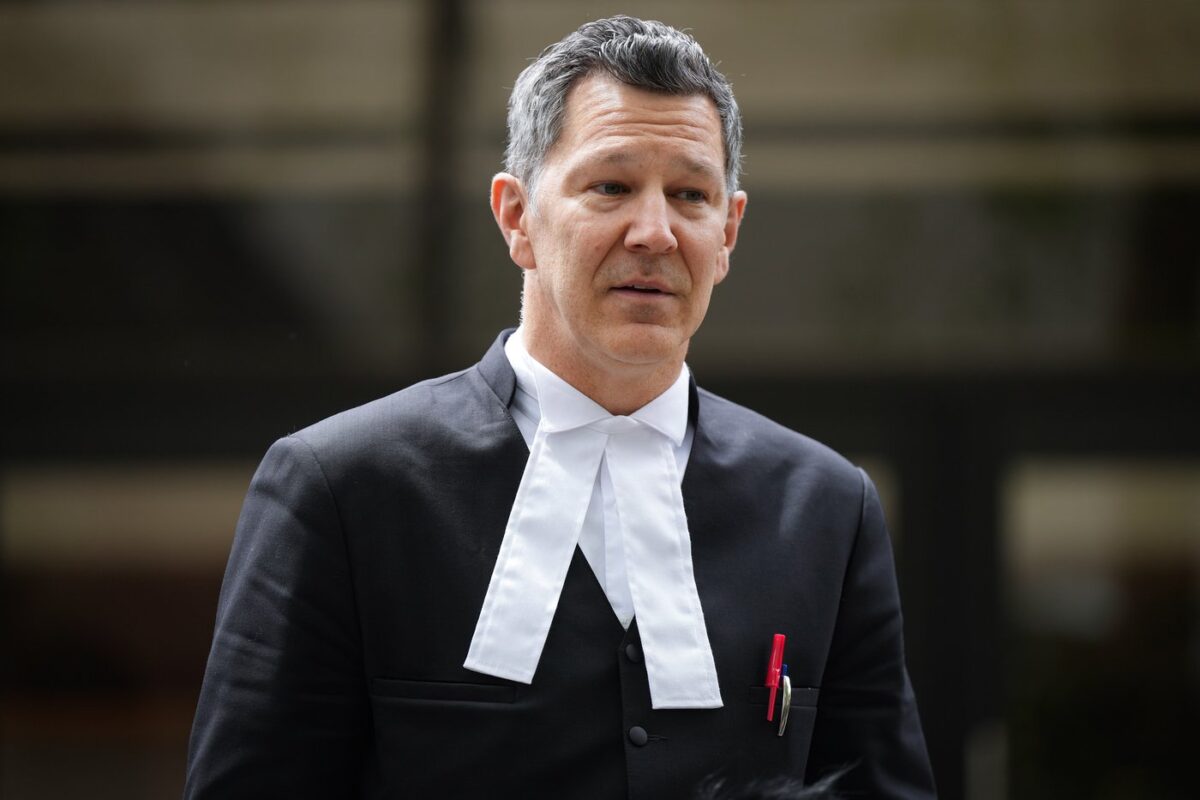 Sharing a link is ‘not child pornography’, says a defense attorney for a Dutchman accused of harassment and extortion of British Columbia teenager Amanda Todd.

Joseph Saulnier told the jury in Aydin Coban’s trial in the B.C. Supreme Court on Wednesday that there was evidence that a video titled “AmandaTodd.wmv” was played on a device seized from his home. client, but was not stored as a data file.

Coban pleaded not guilty to extortion, harassment, communicating with a youth to commit a sexual offense and possession of child pornography in relation to the teenager from Port Coquitlam, British Columbia.

Earlier in the trial, Crown Prosecutor Marcel Daigle cited testimony from a Dutch officer who said a deleted video file called “AmandaTodd.wmv” was played on one of the devices in December 2010, corresponding to a time when Todd was being actively harassed.

But Saulnier said the evidence “does not support the existence of a child pornography data file on Amanda Todd”. The jury should acquit his client on the charge of possession of child pornography, he added.

The video was sent as a link, but there was no evidence that it was stored as data on the seized devices, Saulnier told the jury on the second day of his closing argument.

“Can you look at this and be convinced beyond a reasonable doubt that you possess a child pornography data file?” he said. “Nope.”

Crown attorney Louise Kenworthy concluded her closing arguments on Tuesday by saying there was a “treasure trove of information” linking Coban to Todd’s harassment and extortion.

When the trial began nearly two months ago, the Crown told the jury that Todd had been the victim of a persistent online ‘sextortion’ campaign before his death at the age of 15 in October 2012.

Saulnier focused on the Crown’s claim that it was the same person, Coban, who operated various accounts involved in Todd’s harassment.

He pointed out the differences in how capitalization, grammar, apostrophes and abbreviations were used by the different stories, then contrasted the way Todd wrote throughout the exchanges.

“So again Amanda Todd, she’s writing in lowercase, not using capitals, it’s consistent,” he said. “She writes the same way.”

The defense attorney also told the jury that various Facebook accounts targeting Todd ran on internet browsers not found on the seized devices.

“It’s a significant hole in Crown’s theory,” he said.

No Facebook cookies were found on the devices seized, Saulnier said Wednesday, referring to data elements that websites use to track users and their preferences.

“Finding a fragment does not mean that whoever had this device is the author of the message.”

Saulnier had said on Tuesday that what he called fragments of computer data cited by the Crown could not link Coban to the extortion and harassment of Todd.

He argued in his closing argument that the devices found in Coban’s house did not necessarily belong to him.

“My argument in evidence was that he repaired computers. He was a computer scientist,” he told the jury. else, connects it to something.”

All of this evidence points to someone else and not Coban who was involved in the teenager’s harassment and extortion, he said.

Judge Martha Devlin is due to give her final instructions to the jury on Friday before they begin deliberations.

Is Kanye West’s concept car even crazier than Tesla’s Cybertruck?

Latest news on Russia and the war in Ukraine