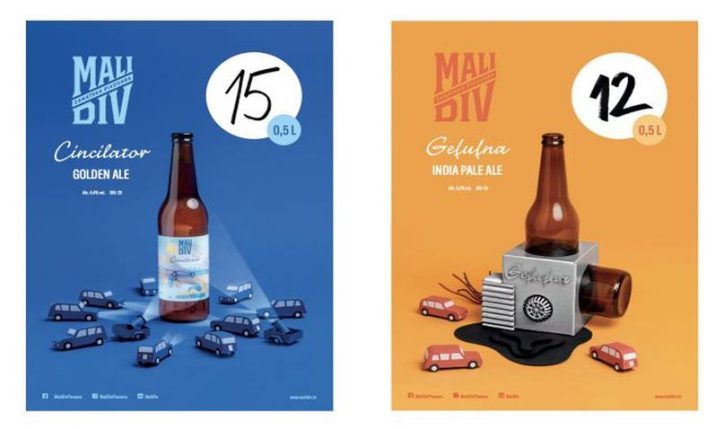 (Craft brewery of the Div of Mali)

Breweries, designers and agencies around the world Recognized through a global awards program

(NEW YORK) A small Croatian craft brewer has won an award at the prestigious 2022 Craft Beer Marketing Awards (CBMAS) “Crushie” which was announced at the Craft Brewers Conference in Minneapolis, MN.

The Mali Div Craft Brewery in Osijek won the Platinum “Crushie” award for the best use of the retro brand.

The retro branding of the family-run brewpub, which bears the name of the legendary Renault, was done by Symbol.

“The logo design follows the oxymoron of the name, while the labels depict fun times in situations where your transportation fails you,” Symbol said on its website.

(Craft brewery of the Div of Mali)

CBMAS is the only global awards competition to recognize and celebrate the importance of craft beer artistry, culture, retail marketing and design efforts as the key to success in this highly competitive market. .

“We were so impressed with the sheer creativity, innovation and caliber of marketing displayed in the entries from around the world in each category,” said CBMAS co-founder Jim McCune, “Over 500 judges from around the world worldwide had their work cut out for them this year. Reviews nearly 40 categories for each of the 5 global regions. The judges struggled, they really had to split hairs!”

The CBMAS has grown dramatically since its inception in 2019. This year, a panel of over 500 industry professionals from over 24 countries around the world evaluated entries in over 40 categories from around the world.