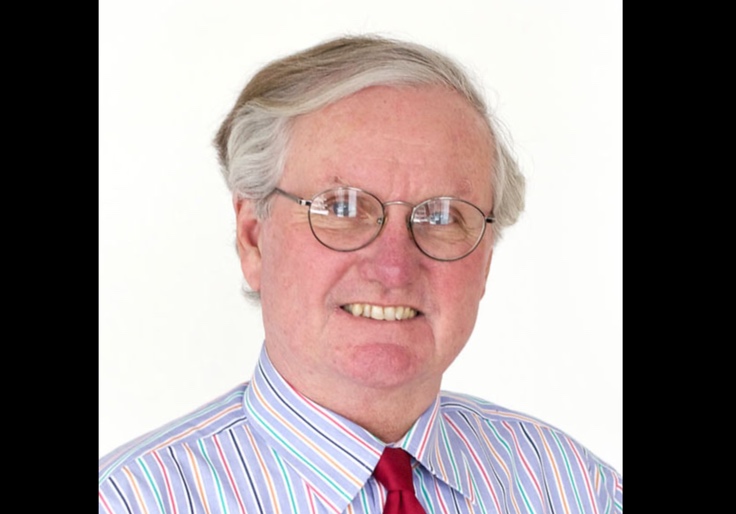 A Democratic operative who admitted lying to the source of the Steele dossier about the Trump campaign sits on the board of directors of a taxpayer-funded nonprofit that aims to “build resilient democracies” around the world.

Charles Dolan, who testified Thursday at Special Counsel John Durham’s trial, is also a longtime adviser to the Russian government, raising questions about his position on the board of the International Foundation for Electoral Systems. . The Virginia-based organization receives millions of dollars in federal government funding each year to help foreign countries build their democratic systems. The State Department and the U.S. Agency for International Development have given the Foundation about $4 million this year alone for programs in countries including Cambodia, Lebanon and Uzbekistan, according to a federal report on the expenses. database.

Dolan’s stance on the pro-democracy foundation marks an ironic twist given his ties to Russia’s authoritarian regime and the bogus dossier, which Democrats have cited to question Donald Trump’s legitimacy as president. Dolan testified Thursday at the trial of Igor Danchenko, a Russian analyst who was the primary source for Steele’s discredited case. Danchenko, who is accused of lying to the FBI about his sources for the dossier, allegedly included information he received from Dolan in the salacious document, which was funded by the Clinton campaign and the Democratic National Committee. Dolan testified that he lied to Danchenko about information about Trump campaign officials that appeared in the report.

“I was thinking of sprucing up a bit,” he testified.

Dolan, who worked in the Clinton administration and was a consultant for Hillary Clinton’s campaigns, has long-standing ties to Russian government officials. According to the indictment against Danchenko, Dolan has a “professional relationship” with Vladimir Putin’s press secretary Dmitry Peskov. Dolan also managed public relations from 2006 to 2014 for Russian state gas company Gazprom. He has not registered as a foreign agent with the Department of Justice, as demanded by lobbyists and public relations gurus who work for foreign governments, the Free Washington Beacon previously reported.

Dolan is not accused of wrongdoing, but he remained silent about his knowledge of Danchenko and the dossier for years after the report was released in January 2017. He sent emails after the dossier was released in which he said Danchenko, whom he called “a Russian agent” – was the likely source. Dolan’s connection only came to light when Danchenko was charged last year.

According to Durham, Danchenko asked Dolan in August 2016 if he had a “thought, rumor or allegation” about Trump campaign chairman Paul Manafort. Dolan said he would “search around Manafort” and then provided Danchenko with information about Manafort that he said came from a GOP source. Danchenko told dossier author Christopher Steele that Manafort was working with Trump campaign aide Carter Page as part of a “well-developed conspiracy” with Russia. Dolan testified Thursday that he lied to Danchenko about meeting with a Republican source to discuss Manafort. Instead, he passed on information about Trump’s aide that he gleaned from public reports of internal disputes in the Trump campaign.

Durham alleges that Danchenko’s lies about Dolan prevented the FBI from fully investigating the allegations in the file. Danchenko allegedly fabricated details of a 2016 visit Dolan made to the Ritz-Carlton in Moscow to organize a conference later that year. The filing alleges Ritz-Carlton staff members said there was a videotape of Trump with Russian prostitutes at the hotel in 2013. According to Durham, Dolan met with hotel managers to discuss arrangements for the conference but never discussed Trump.

Although it was Danchenko who stood trial, Durham excoriated the FBI during the first days of testimony. When questioned, FBI intelligence analyst Brian Auten acknowledged that the bureau did not verify any of the serious allegations in the file before citing the document extensively in Page’s surveillance requests. Auten also testified that the FBI had offered Steele $1 million if he could provide proof of the case’s allegations. Auten said Steele was unable to do so.

Dolan sits on the board of the International Foundation for Electoral Systems with Tad Devine, a Democratic consultant who worked with Manafort on behalf of former Ukrainian President Viktor Yanukovych, who was aligned with Russian President Vladimir Putin. Devine testified for the prosecution at Manafort’s 2019 federal trial. House Majority Leader Steny Hoyer (D., Md.) also serves on the foundation’s board of directors.

The International Foundation for Electoral Systems declined to comment on Dolan. The State Department did not respond to a request for comment.