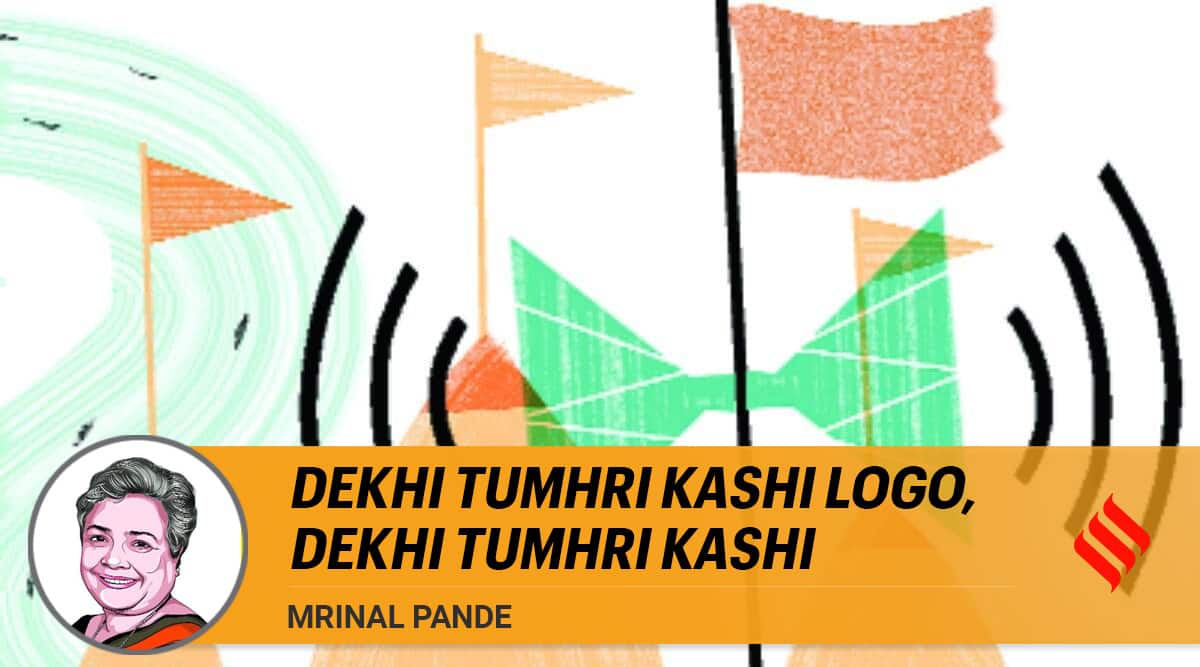 The ghost of Kabir is still alive in the alleys of Kashi, where pilgrims from everywhere flock, in search of moksha, freedom from all earthly bonds. Engulfed again and again by totalitarian regimes, Kashi still knows how to reflect on the deepest ironies of the human situation.

The cryptic, deep but irreverent verses of the humble weaver Kabir reflect the soul of Kashi like no historian can. With absolute love and irreverence known only to those who fear no one, Kabir sings about human love and the utter degradation of the system that humans surround themselves with. No one knows who Kabir’s parents were. His freedom from the past and from any known caste or religion make him a perfect candidate for Kashi. “Jo Kabira Kashi marey, Ramhin kaun nihora?” (If Kabir seeks to die in Kashi, who will take care of the true Lord?) He asks, ironically, of the rich and famous. His reasoning is strictly defined by the authoritarian and tyrannical situation in which a low caste man like himself finds himself.

Kabir’s Kashi was anything but provincial. It had been the prosperous capital of Kosala, was still a wealthy international trade hub connecting the lands across the Khyber Pass to the wealthy eastern provinces of India and known for its fine silks and spun cotton. Kashi was also a cultivated place of learning and host to some of the best artists, artisans and musicians north of the Vindhyas. Even Kashi’s courtesans and thugs were considered the best in their respective professions.

On December 13, which was also the anniversary of a terrible terrorist attack on the Parliament of Independent India, a spectacular event was staged in Kashi. Its main aim was to present the revamped version of the famous Kashi Vishwanath temple as a symbol of Hindus’ determination to crush memories of its repeated desecration by non-Hindu invaders. The Prime Minister’s televised speech reminded the audience of the marauding armies of Emperor Aurangzeb, his Hindu challenger Shivaji, and his reconstruction, more than a century later, by a Marathi queen. The speech seemed to aim almost for a time reversal, dating back to the medieval ages.

Under the brightly colored beams of light, chanting and ringing of bells, Kashi seemed to be some kind of backdrop for a Bollywood history. It was hard to believe that it was once a dramatic and noisy seat of many languages, multiple religions, and great learning. Surrounded by men wearing oversized dumroos, loud slogans of “Har Har Mahadev” with “Jai Shri Ram”, a shower of petals and a large display of ritual worship, old Kashi slowly withered. Kashi, the eternal host of higher education and philosophical dissensions, the seat of the deities Naga and Yaksha, peacefully coexisting with the Vedic and post-Vedic pantheon of gods, great dissidents and heretics, Yogis, Nath, Siddha and Aghorpanthis , was being adapted, it seemed, to a new definition of the politically sharp, smileless and aggressive Hindutva.

Some four centuries after Kabir, Bhartendu Harishchandra, another poet from a wealthy Kashi silk merchant family, continued to carry on the typical Kashi tradition: a steadfast rejection of convention and a constant search for genuine change. His verses from a play little known to him, Prem Jogini, swam through my mind as I watched the great show at Kashi Vishwanath Dham unfold on my TV screen: Dekhi tumhri Kashi logo, dekhi tumhri Kashi / Jahan virajein Vishwanath Vishweshwar Avinashi / Adhi Kashi randi, mundi, bhanderiya, bahman aur sanyasi… (People, I saw your Kashi, where the Lord of the Universe resides / However half of your city is full of courtesans, tonsured saints, clowns , courtesans and sanyasins).

Even as the British Empire flourished all around, Kashi had continued to celebrate its culture by injecting a notion of comedy to shatter the inflated egos of upper-caste and upper-class society, thus undermining the great seriousness in which they. had enveloped themselves. “Kahin bainganwali miley toh bula dena…”, Kashi’s Bhartendu famously sang, standing on a city bridge with a priceless heirloom pearl hanging from one ear and a long eggplant from the other. It was said that on the day of the poet’s last trip, the courtesans of the city, who sang what he wrote, had lowered their shutters.

But it was also Bhartendu, who effectively refreshed the official version of Hindi available in Nagari script. He coined the term Nayi Hindi, and rooted for a multi-textured Hindi free from the Sanskritized Hindi of the Pandits of Varanasi and also Khadi Boli in which four indigenous colonial Bhakha Munshis (language clerics) had attached him. It was he who allowed ordinary man’s Hindi to mingle, develop and function with Urdu and dialects like Braj Awadhi and Purabiya. From speeches coming out of the Kashi temple, it seemed that a century and a half later, the political expediency and the advent of digital mass media were rapidly destroying the inclusive linguistic space that Bhartendu had conquered for Hindi. Peoples. It numbers. Linguistic battles are now being fought not for literary reasons but to forge and fuel a vast propaganda machine. This Hindi no longer needs real human experience, but clever phrases like those Bollywood superheroes utter and send ordinary people into hysterical fits of applause and screaming.

For anyone who really wants to understand Kashi, Kashi writers and artists are always the best bet. The kind of eccentric writers and artists who have hung around the back alleys and alleys of Kashi since the last century: bhang-loving detective story writer Devaki Nandan Khatri; the poet descended from a family of snuff dealers, Jaishankar Prasad; calm Urdu-Hindi writer Premchand, pandit Lalmani Misra, Bismillah Khan, tabla maestro Kishan Maharaj, the list is endless. It is a city that not only hosts lively freewheeling discussions on topics ranging from literature and food to the types of intoxicants at local teahouses, but where during the famous Budhwa Mangal, Well-known courtesans once sang musical bandits specially composed for their clients. in the font (like a Meer Rustam Ali or a bouncer named Data Ram Nagar). Frequent visitors like Aesthet Babu Bachchu Singh, as a thanksgiving, created a whole garland of worms (Ashtotari Mala) naming all the great courtesans and singers of Kashi. Basically, Kashi is an alchemical mixture of dream and reality. An autonomous imagination, often intoxicated, creating a fakkad (free and autonomous) universe in which the real seems fantastic and the fantastic suddenly unmasks the real.

Kashi’s centuries-old experience, the scene of so many massacres, sectarian riots and colonial looting, taught him not to worship at the temple of history or praise political leaders for a long time. He has a more lucid vision of the future than the seats of power in Delhi or Mumbai or Pune or Ahmedabad, intoxicated as they are with their own notions of India’s Hindu destiny. So far, Kashi’s cultural vitality has withstood all of Delhi’s marauding hordes, bringing with them a loud cacophony of sounds, chants and slogans in the name of new gods. Let Shiva, a free-roaming ascetic, music lover, and music lover, help him survive the last challenges his soul faces.