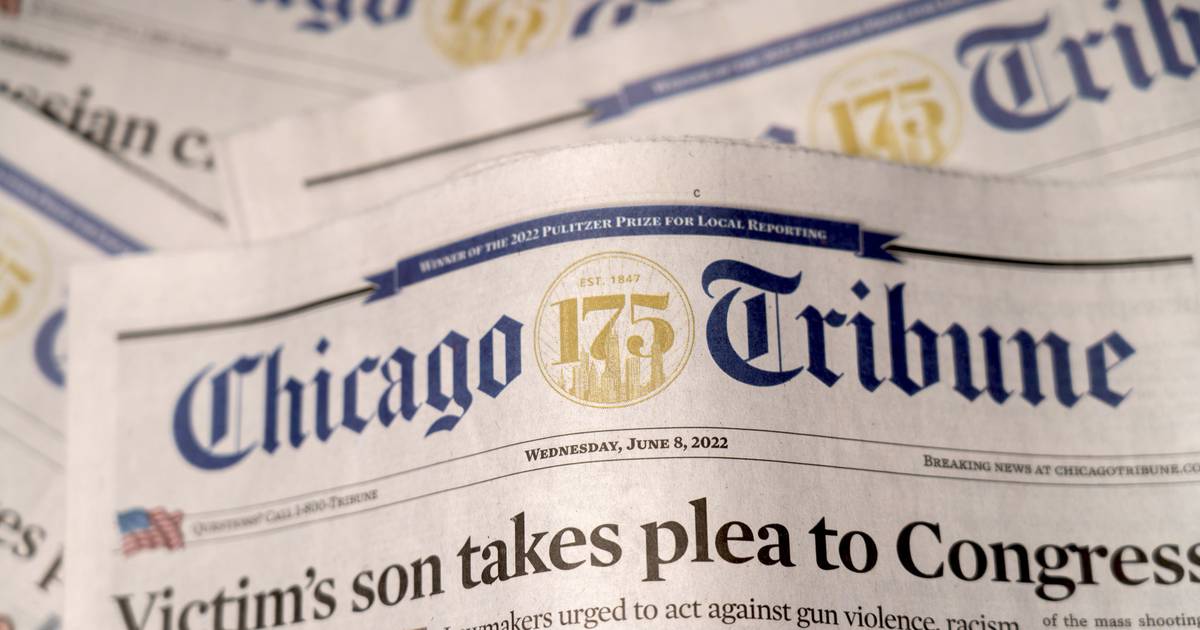 Chicago Tribune 175th Anniversary Logo: How It Was Created

A new logo adorns the Chicago Tribune’s nameplate because, really, who doesn’t like to dress up for their birthday?

June 10 marks the 175th anniversary of the first edition of the Tribune. And although that original copy is gone, there’s a centuries-old tradition of marking the occasion with a special presentation on the front page.

When the newspaper commemorated its Diamond Jubilee anniversary in 1922, for example, an “Eye Witness” story announced the Tribune competition “open to architects from all countries” seeking projects to create “the most beautiful building of the modern world”. This is how Tribune Tower was born.

For its 90th birthday in 1937, an illustration titled “It Grew Up With Chicago” by editorial cartoonist John T. McCutcheon – the first Tribune employee to win the Pulitzer Prize – depicts the various Tribune houses through the decades and great stories of this time. .

When the newspaper began its second century in 1947, a full color page pompously boasted that it was the “world’s greatest newspaper”, a slogan which first appeared in this space in 1911, and included “Always America First” in an over-the-top red, white and blue patriotic flag.

In stark contrast to the post-World War II days, Kristen Althoff, director of digital design for Tribune Publishing, says subtlety and elegance were her inspirations in designing the Tribune’s 175th anniversary logo.

“I wanted to create something that feels timeless and connected to the history of the newspaper, but also give it a fresh, modern feel,” she said.

[ Diary of Our City: Tribune celebrates 175 years of Chicago stories ]

She found the classic quality she was looking for in the gold color and the city skyline as the perfect contrast between the past, present and future of the Tribune.

“My first thought was that I wanted to somehow incorporate the skyline of the current masthead. But instead of the usual clouds in the background, I chose to use rays of light that appeared in the bear of the Tribune from 1862, closer to the founding of the newspaper,” Althoff said. “Because an anniversary like this is not just about reflecting on the past , but also looking to the future, I felt the rays of light portrayed a sense of optimism for the future of journalism.”

Althoff, who typically creates designs for digital and print subscription sales, subscriber communications, and branding and marketing for Tribune Publishing publications, was pleased with the very first version of the logo she has produced. And, after working with a team of creative, photo and design editors, she’s thrilled to see it in the paper, atop chicagotribune.com and emblazoned with the Limited edition t-shirts, hoodies and mugs on sale in the Tribune e-commerce store.

“That’s pretty wild!” To be a part of the history of this incredible newspaper, which is full of so many talented people, is hands down one of the greatest honors I have had in my career,” she said.

The 175th logo will remain on the newspaper throughout the month of June.

Marvel’s Midnight Suns is coming in October, the Switch logo is missing from the new trailer