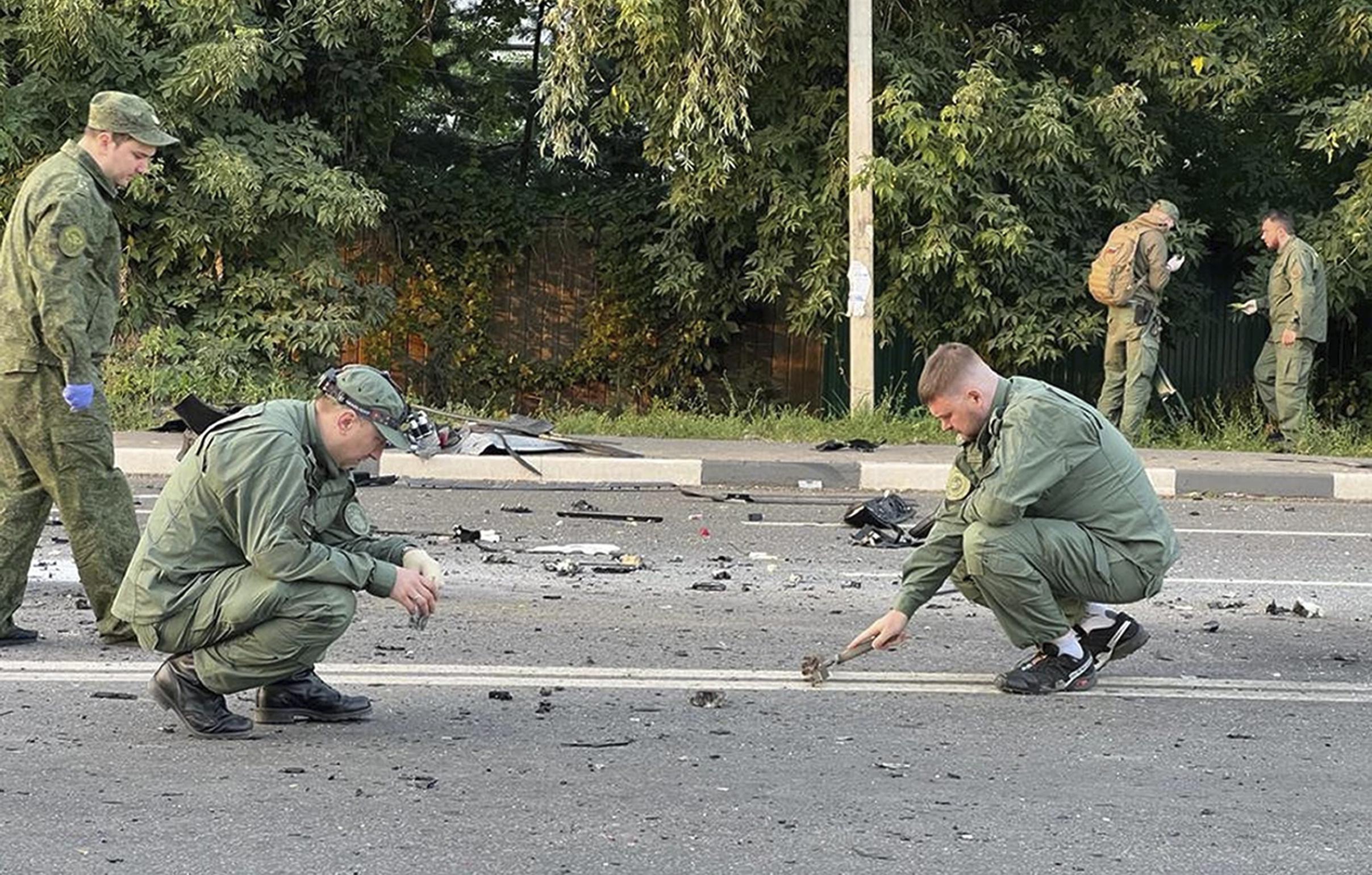 MOSCOW (AP) — The daughter of an influential Russian political theorist, often referred to as the “mastermind of Putin,” was killed in a car bomb attack on the outskirts of Moscow, officials said Sunday.

The Moscow branch of the Russian Investigative Committee said preliminary information indicated that a bomb planted in the SUV driven by Daria Dugina, 29, exploded on Saturday evening and killed the TV commentator who was the daughter of Alexander Dugin, philosopher and nationalist writer.

Dugin is a prominent proponent of the concept of the “Russian World”, a spiritual and political ideology that emphasizes traditional values, the restoration of Russian power, and the unity of all ethnic Russians around the world. He is also a strong supporter of sending Russian troops to Ukraine.

The explosion took place as his daughter was returning from a cultural festival she had attended with him. Some Russian media quoted witnesses as saying that the SUV belonged to Dugin and that he had decided at the last minute to travel in another vehicle.

The sharp and violent incident, unusual for Moscow, is likely to aggravate Russian-Ukrainian animosity.

No suspects were immediately identified. But Denis Pushilin, president of the breakaway Donetsk People’s Republic, which is at the center of Russia’s fighting in Ukraine, blamed “the terrorists of the Ukrainian regime, trying to kill Alexander Dugin”.

Mykhailo Podolyak, adviser to Ukrainian President Volodymyr Zelenskyy, denied any involvement by Ukraine, saying on state television that “we are not a criminal state, unlike Russia, and certainly not a terrorist state.”

Analyst Sergei Markov, a former adviser to Putin, told Russian state news agency RIA-Novosti that Alexander Dugin, not his daughter, was likely the intended target and said “he is obvious fact that the most likely suspects are the Ukrainian military intelligence services and the Ukrainian security service”. .”

While Dugin’s exact ties to Russian President Vladimir Putin are unclear, the Kremlin frequently echoes the rhetoric in his writings and appearances on Russian state television. He helped popularize the concept of “Novorossiya”, or New Russia, which Russia used to justify the annexation of Ukrainian Crimea in 2014 and its support for separatist rebels in eastern Ukraine.

It promotes Russia as a country of piety, traditional values ​​and authoritarian leadership, and disdains Western liberal values.

His daughter expressed similar views and had appeared as a commentator on the nationalist television channel Tsargrad, where Dugin had served as editor.

Dugina herself was sanctioned by the United States in March for her work as editor of United World International, a website the United States has called a disinformation site. The sanctions announcement cited an article from this year’s UWI which claimed that Ukraine would “perish” if admitted to NATO.

“Dasha, like her father, has always been at the forefront of confrontation with the West,” Tsargrad said Sunday, using the colloquial form of her name.

Why use a product packaging agency?