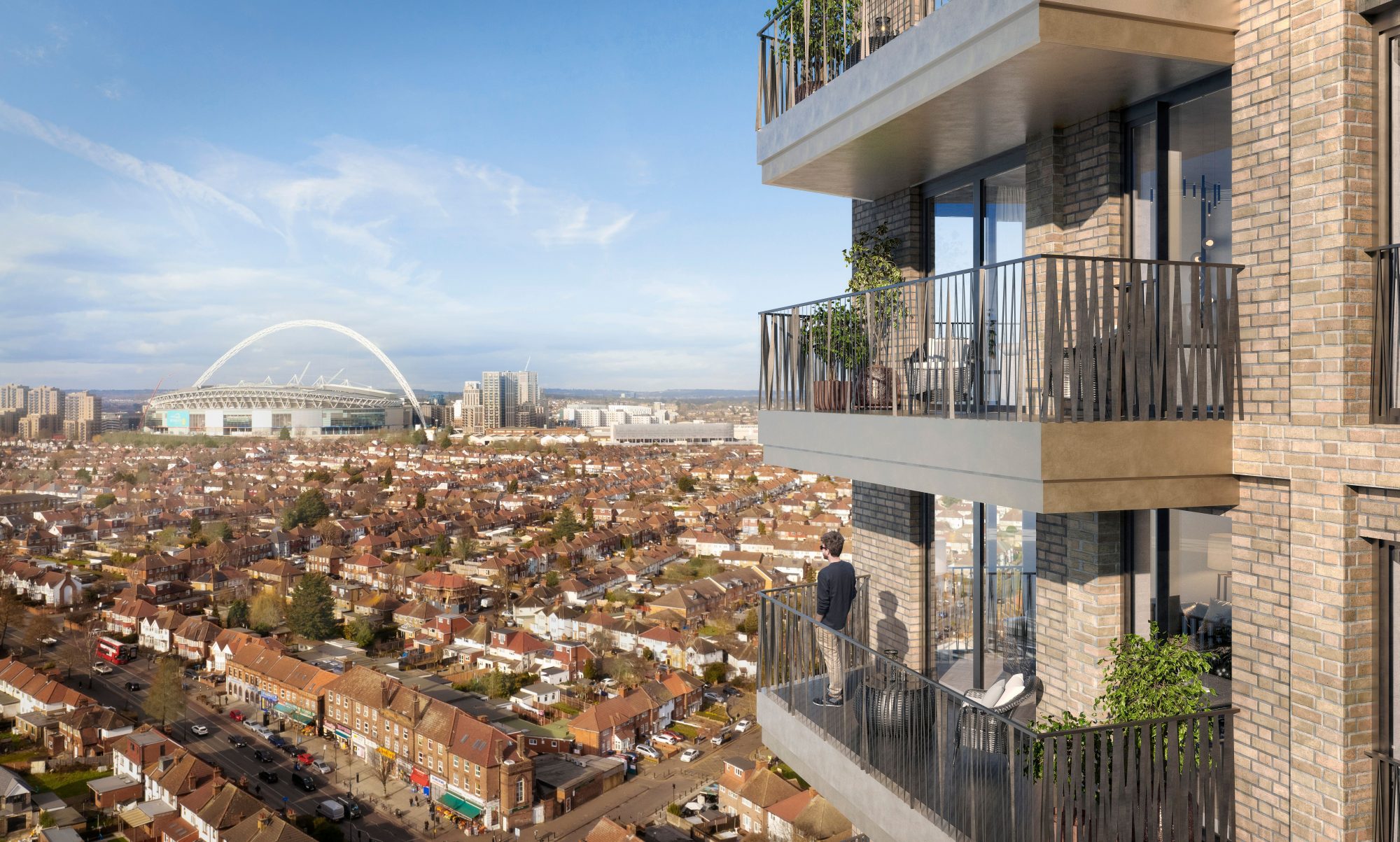 Canada Israel and Avanton have submitted a planning application for a £250m housing estate in Wembley, offering 515 new homes, retail space and more.

A 2.5 acre (1.26 hectare) site at Wembley Point on Harrow Road in the London Borough of Brent will be reclaimed to create a residential development known as Stonebridge Place.

Of the 515 new units, 341 will be for sale on the market, 35% of which will be reserved for affordable housing, comprising 57 condominium units and 117 affordable rental units.

Stonebridge Place adds to the already completed WEM Tower London, with its 439 new homes and a similar range of useful services and utilities.

The new civic square will provide an ideal location for food markets in addition to the new Wembley open-air film festival and arts and antiques market.

The green pedestrian route will run through the entire site, linking the various buildings and landscaped areas. The green garden and residents’ canal-side walkway will include a water feature created from Wembley Stream.

Other benefits include pedestrian and cycle lanes, road improvements, public benches, new lighting for safety at night, significant new plantings including trees and active retail and office space on a new promenade from the station to Harrow Road.

The Wembley housing project is located just south of Wembley Park and the National Stadium and next to Stonebridge Park station (Bakerloo tube line).

The first of three new buildings is a focal 32-story triangular tower with a glass and green terracotta facade offering 266 sell-to-market apartments of one, two and three bedrooms on a new double-height residential lobby, with a flexible commercial space.

The second stepped building, rising 10 to 20 stories, will have a facade of glass and beige brick with balconies. It will offer 249 mixed housing and flexible commercial spaces, with a large podium garden on the first floor.

The third building will be three stories high and will offer a new charity boxing gym and public cafe with a glass and bronzed black terracotta facade.

The planning request took into account the views of stakeholders and the local community to ensure that all voices are heard. It follows the completion of the permitted development conversion of an existing 21-storey office building on the site, originally built in 1965 and known as Wembley Point Tower, which has been successfully transformed into a residential building in January 2022, rebranded as WEM Tower London offering 439 new homes and amenities.

“This residential development at Wembley Point is a major urban regeneration project which will create a new destination for South Wembley. Stonebridge Place marks the next step in Canada Israel’s plans to expand internationally and build a strong property presence in the London property market.

“Avanton is delighted to partner with international real estate company Canada Israel on this major urban regeneration program at Wembley which will provide market sale, BTR and social housing provision.”