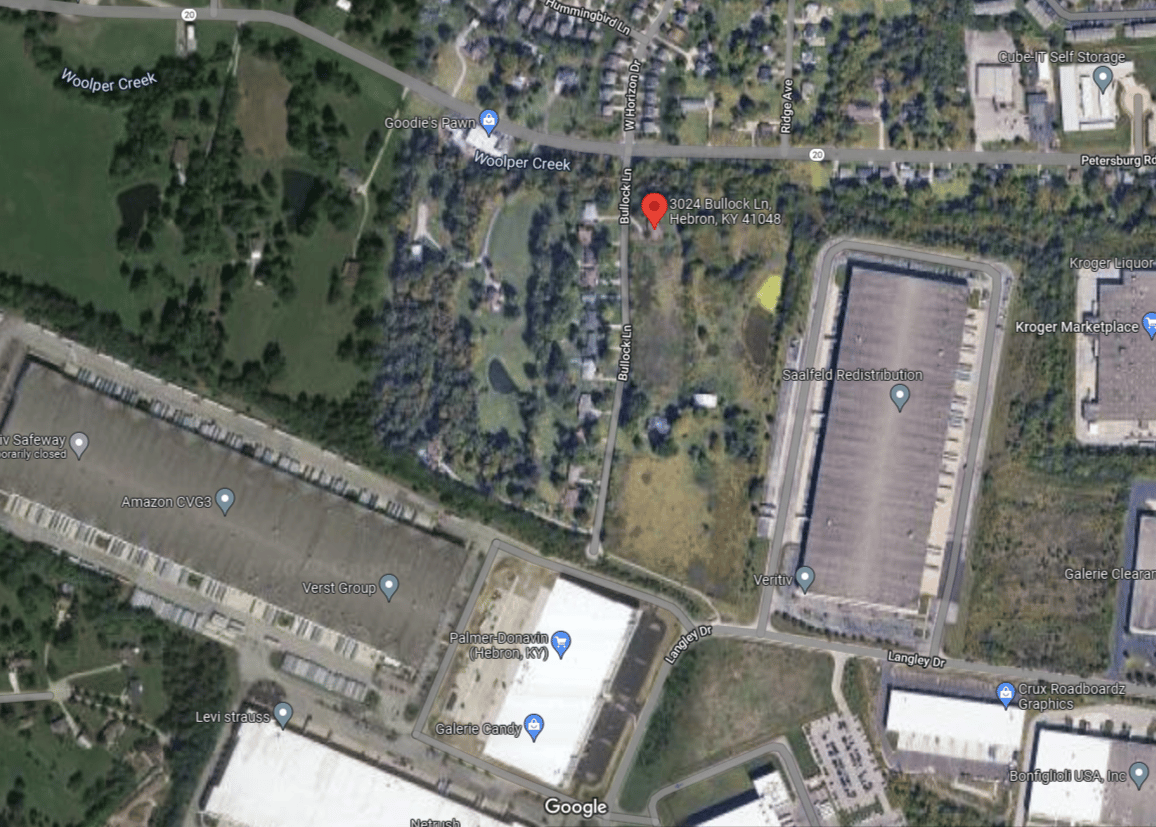 Two properties on Bullock Lane in Boone County are transitioning from suburban residential and commercial land to industrial sites.

The Boone County Tax Court approved an order at second reading Tuesday night that rezones a 19.8-acre area at 3024 and 3080 Bullock Lane, which intersects Petersburg Road in Hebron. Part of the ordinance includes a condition to reduce the site’s aisle spacing from 500 feet to 100 feet.

Paul Hemmer Company of Fort Mitchell is creating the industrial land which will include a 230,000 square foot building and truck parking area. Prologis, a logistics company based in Sharonville, Ohio, will be the one to lease the building to a future tenant.

The ordinance was submitted to the tax court for final approval after the Boone County Planning Commission voted 10 to 4 to recommend the zoning change. The committee voted on the issue at its August 3 meeting. Planning Commission board members Kim Patton, Charlie Rolfsen, Bob Schwenke and Steve Turner voted against. At the tax tribunal meeting, it passed 3-1, with commissioner Cathy Flaig voting against.

There are about a dozen houses on Bullock Lane that are one block from an industrial site to the east and another distribution center to the south.

At the August 3 meeting, residents of the Bullock Lane area spoke out against the zoning map amendment, expressing concerns about lorry activity near their homes. One resident, Travis Dunhoff, presented a petition with signatures from residents of Bullock Lane. He said he and his neighbors felt the commission guided the plaintiff without offering the same communication to landlords.

Commissioner Schwenke asked how the company planned truck parking. During the meeting, the company provided an updated plan showing a 12-truck parking area along the eastern boundary of the property. They will also provide a staging area for the trucks. Rolfsen said it’s difficult to understand the impact on residents since the tenant is unknown.

Gas-powered muscle car to take on its electric rivals