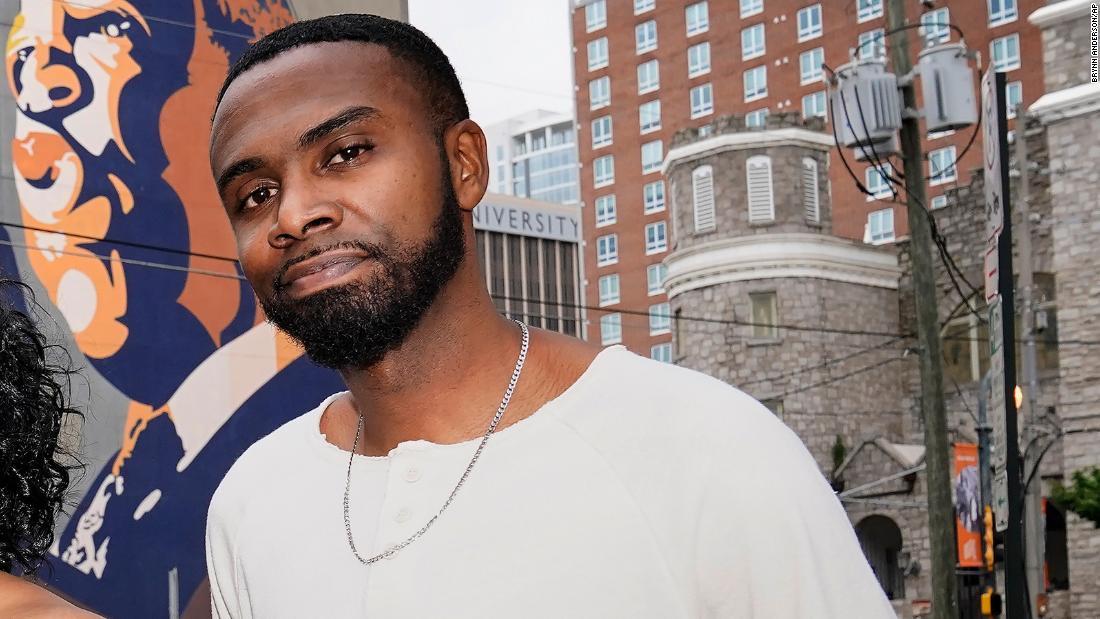 The lawsuit is against executive Shalomyah Bowers, the foundation itself, Bowers’ consulting firm, and unnamed individuals.

Bowers was hired by BLM co-founder Patrisse Cullors in 2020 to help run the Black Lives Matter Global Network Foundation (GNF), an extension of the grassroots Black Lives Matter organization, according to the lawsuit.
Bowers denied the allegations made in the lawsuit, which BLM Grassroots presented at a press conference last week, saying in a statement posted on BLM’s website that the charges were “harmful, divisive and untrue.”

Cullors originally oversaw the GNF, but in May 2021 “decided that she could no longer lead the GNF and that it should end and transition the entire organization to BLM Grassroots,” the lawsuit states.

In the same month, Cullors briefed Bowers and Melina Abdullah on a “formal transition plan” for GNF management, along with other internal leaders. Abdullah is co-founder of the Los Angeles chapter of BLM.

Bowers took umbrage at this recollection of the events in the statement posted on the BLM site. “BLMGR and Melina Abdullah read a press release claiming that Patrisse Cullors had created a transition plan giving all of BLMGNF’s assets to BLM Grassroots. This is absolutely untrue,” Bowers said.

“Mr. Bowers and the GNF Leadership Council have agreed to execute the transition plan presented by Ms. Cullors,” the lawsuit said. “However, Mr. Bowers, who made $2,167,894 million from GNF in less than eight months, decided he wanted to keep the ‘piggy bank’ that GNF had become for him and his business.”

Bowers was also supposed to disclose certain financial and organizational information to other group executives, but “refused” to do so, according to the suit.

“Within months, Bowers had driven these highly respected defenders from the organization,” the suit alleges. “Through a series of unauthorized misrepresentations and clandestine dealings, Mr. Bowers managed to steal control of GNF as sole board member and officer.”

The lawsuit also said Bowers changed the passwords to social media accounts for the grassroots organization and attempted “to register the BLM Grassroots trademark using the BLM leader’s logo and design.” Grassroots, Angela Waters, in what appears to be an attempt to ‘steal’ the logo or prevent BLM Grassroots from using it.

Grassroots organization BLM said in the lawsuit that Bowers siphoned off money.

“Mr. Bowers continues to fraudulently raise funds from unsuspecting donors by impersonating the organization that does BLM’s work, lining his own pockets and those of his associates to the detriment of BLM’s reputation,” the report said. court case.

The grassroots organization branch of the organization is seeking a jury trial and charges Bowers with unfair business practices, fraud and intentional misrepresentation, among other allegations.

CNN contacted Bowers through his consulting firm on Sunday but did not receive a response.
GNF has since responded to the allegations, in a statement saying:

“The BLMGNF Board has requested – on more than ten occasions – private mediation or meetings with Melina Abdullah and BLM Grassroots, including and regarding social media policies. We have done this in order to remain true to the principles of abolition – solving problems by mediating conflicts, rather than falling victim to the prison logic and social violence that fuels the justice system.

“But Melina Abdullah and BLMGR have ignored or refused our offers. Rather, they would rather take the same steps as our white oppressors and use the white supremacist-backed criminal justice system (the same system they say they want to dismantle) to resolve movement conflicts.

“In particular, the narrative of Melina Abdullah and BLMGR regarding the current BLMGNF Board of Directors is harmful, divisive and false. It only feeds the right-wing media’s clear agenda of sowing distrust and division among black people, and this is in stark contrast to abolitionist values ​​and the struggle for black liberation.

“Therefore, the BLMGNF is obligated to respond publicly to the attacks by Melina and the BLMGR against the BLMGNF and its current leadership. We will therefore respond, with love, facts and a spirit of transparency which has been our goal for the past six months. , as noted in the release of our IRS Form 990 and BLM Transparency Center.”

Hire professionals for the beauty of your skin, Adurojaiye urges Nigerians