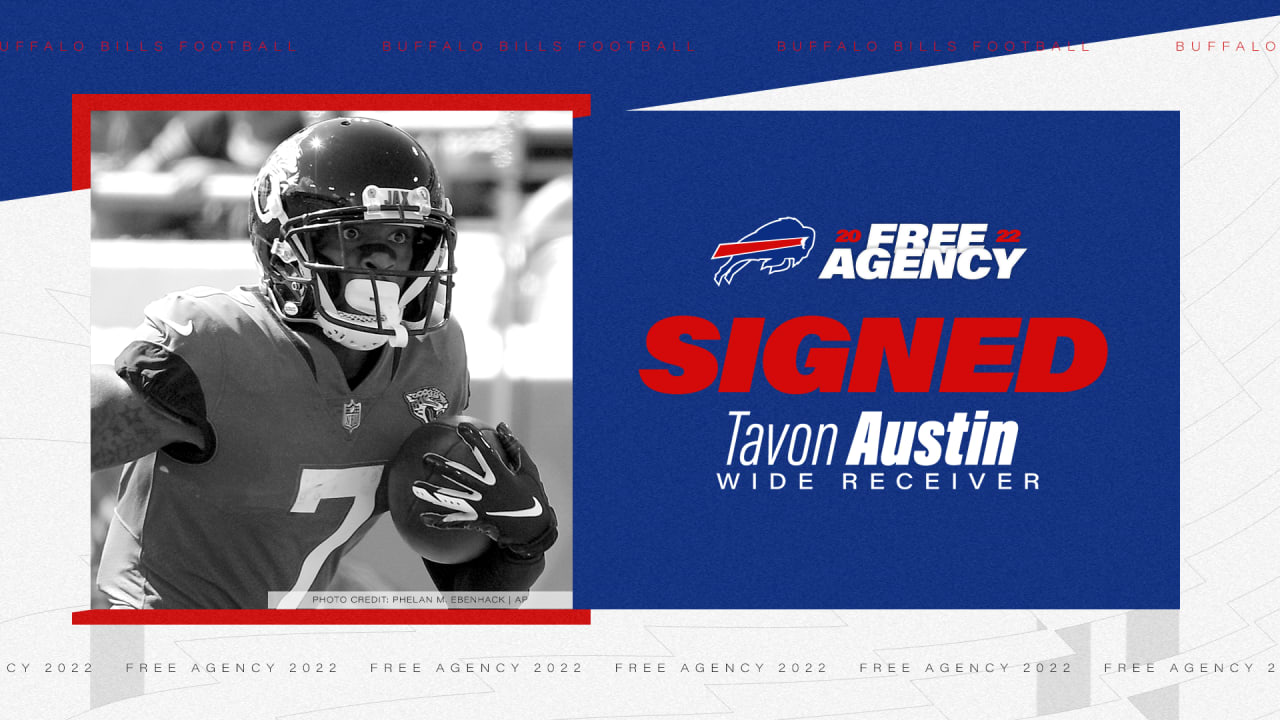 The Buffalo Bills announced Friday that they have signed wide receiver Tavon Austin to a one-year contract.

The veteran most recently with the Jacksonville Jaguars joins the Bills’ talented wide receiver in his 10th season in the NFL. Austin has played in 101 games and started 50 games throughout his career. He racked up 221 receptions for 2,034 yards and 15 touchdowns with 196 rushing attempts for 1,340 rushing yards and 10 rushing touchdowns.

The versatile receiver has also contributed to the return game throughout his NFL career. During the first half of his career, Austin was returning both kicks and punts, but since 2018 he’s been used primarily as a punt returner. He returned 190 punts for 1,483 yards with three returns for touchdowns on a career-long 98 yards.

The 2013 Rams top 10 was named to the PFWA All-Rookie Team and earned Special Teams Player of the Week/Month honors that season. The Rams traded with Buffalo to move up to eighth place to knock Austin out of West Virginia. He is originally from Baltimore, MD.

He will also reunite with former Rams teammates Rodger Saffold who he played with from 2013 to 2017 and Case Keenum who threw passes at him in 2015 and 2016.

The Bills also announced the release of catcher Malik Williams.