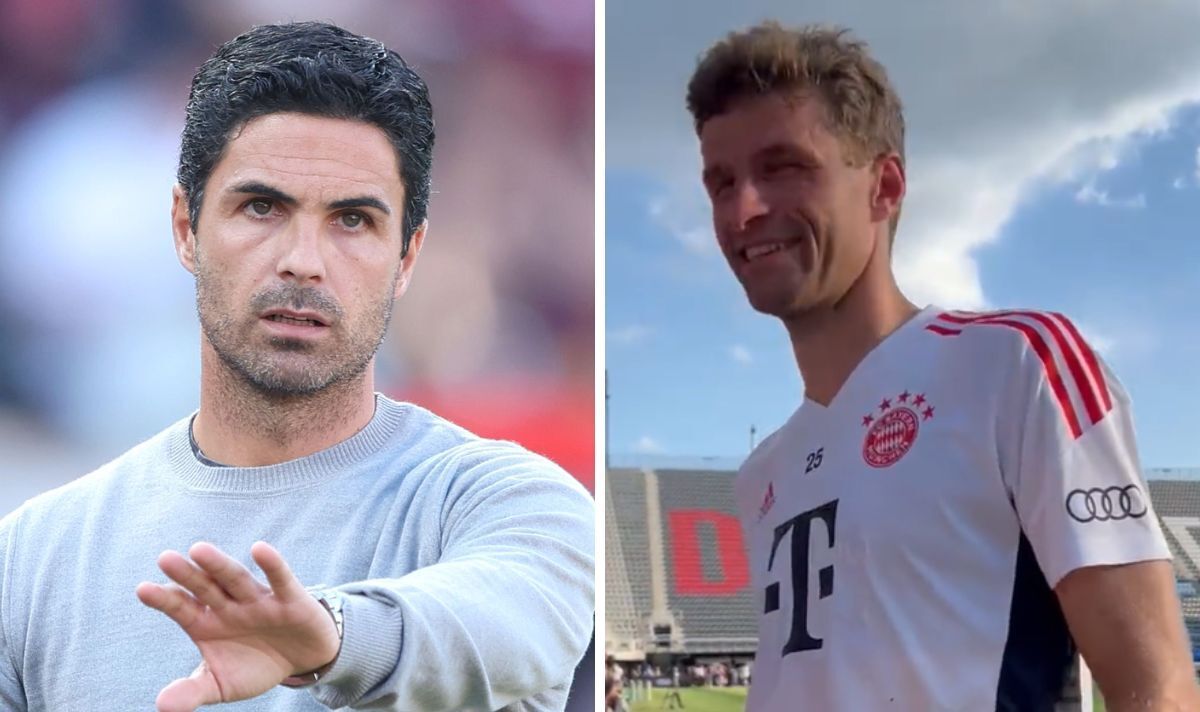 Thomas Muller has ruthlessly laughed off a move to Arsenal after being quizzed by a fan. The Bayern Munich vice-captain was caught off guard by a fan as he signed autographs during the Bundesliga champions’ pre-season tour, quickly responding with a mocking no.

Muller is widely regarded as a legend in Munich having spent his entire career in Bavaria. He has played 624 games in all competitions since his debut in 2008, scoring 227 goals and providing a further 243 assists. He has a stacked trophy cabinet from his time at the club having won the Bundesliga 11 times and the Champions League twice.

The unorthodox midfielder also boasts an impressive national team record having won 116 caps and scored 44 times. He played a crucial role in their World Cup winning streak in 2014 after finishing the tournament as the second top scorer after finding the net five times.

Considering the loyalty he’s shown throughout his career, it’s perhaps unsurprising that he has no intention of leaving the German champions. Twitter user @slideintomomyCDM asked the 32-year-old to join his club Arsenal with the Munich hero, laughing before answering with a firm no.

“We bring in hungry, young players like we did the summer before,” he said. “But we also bring winners, who have made it to this level. Everyone who has come has raised the level and if someone else can come in and raise it again, that will only benefit us.”

It’s clear that Muller won’t be joining Arsenal this summer given his humorous line, but the Gooners can look forward to the coming season with excitement given their transfer activity so far.