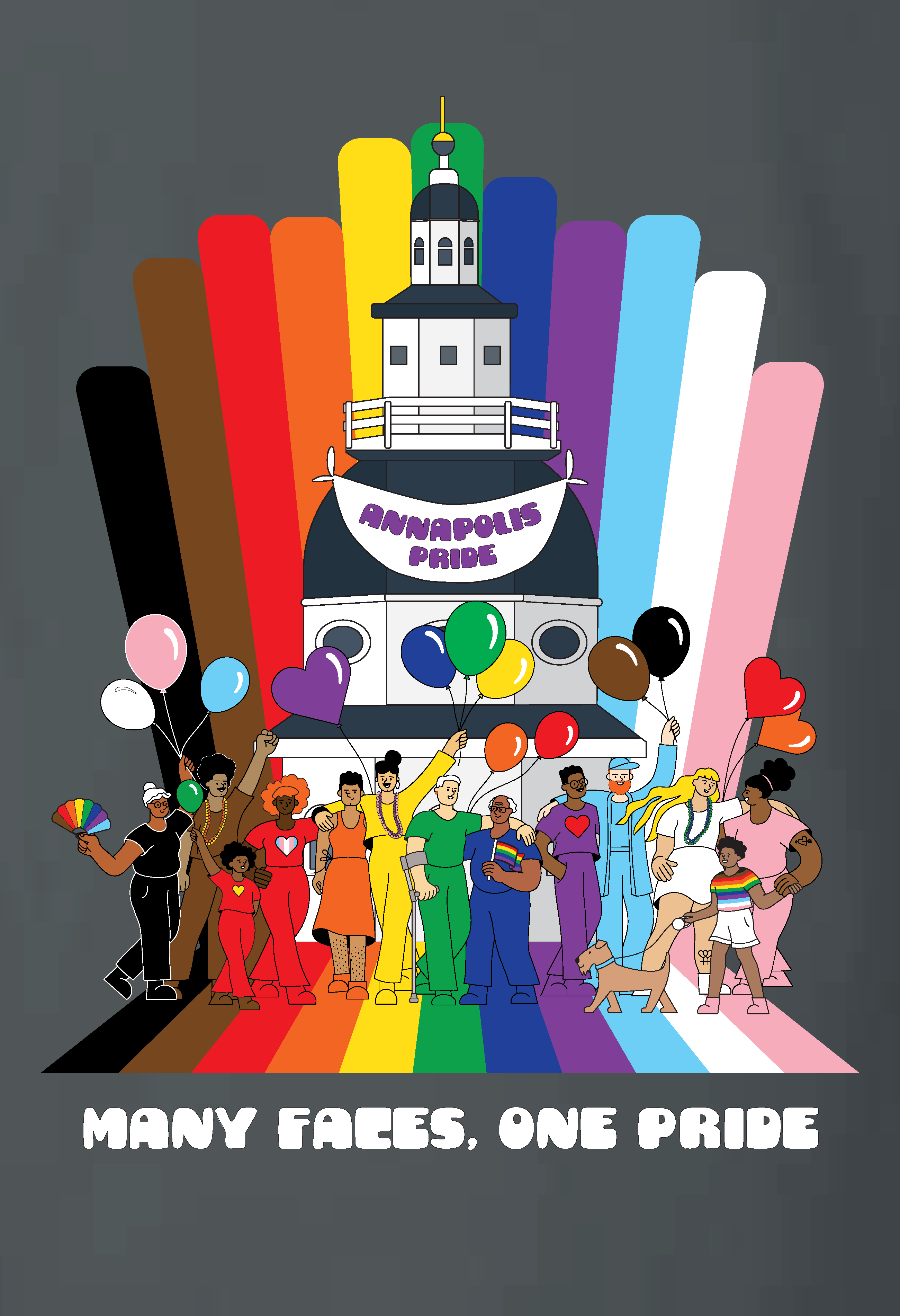 The second annual Annapolis Pride Parade and Festival may still be two months away, but the excitement and anticipation was palpable this past weekend. At a reception Saturday at the Graduate Annapolis Hotel on West Street, Annapolis Pride Board Chairman Joe Toolan and Founder Jeremy Browning unveiled the theme and logo design for the 4 June.

“We are thrilled to announce our 2022 theme, ‘Many Faces, One Pride,'” Toolan said. “Annapolis Pride recognizes that the LGBTQ+ community is made up of many people, of all skin tones, genders, sexualities, religions and abilities. As we come together again, we want to celebrate everyone in our community. Each beautiful face represents a unique and powerful story.

“Now more than ever,” Toolan added, “it’s important that we recognize that while each story is unique, we are advocating and pushing for a more inclusive Annapolis in our own way. When we all come together with each other, we We are powerful and our collective impact is unstoppable.

Annapolis Pride is also pleased to announce the lineup of grand marshals for this year’s parade, including Abbie Ellicott, leader of the Coalition for LGBTQ+ Students; Drake Smith, former student member of the Anne Arundel County School Board; and Gay-Straight Alliance (GSA) sponsor Billie Hoard at Chesapeake High School in Pasadena (photos attached).

“These individuals are strongly committed to making our school system a safe space for all students,” Toolan said. “I want to thank each of them for making sure future generations of students feel supported and for their continued advocacy. It is an honor to see them walking with us.

The three Grand Marshals in the parade shared Toolan’s pride and enthusiasm:

A colorful and vibrant design was also unveiled at Saturday’s event, which was developed by Annapolis-based ad agency Liquified Creative.

“It was such a fun project to work on,” said Kendall Brandt, the Liquified Creative graphic designer who created the 2022 design. the pride progress flag. We’ve also included the State House because it’s such an iconic symbol of Annapolis.

“It’s especially meaningful to me because Annapolis Pride is such an amazing organization with open-minded, creative people,” she added. “It’s a real honor to work with them.”

The new design reinforces this year’s theme and will be used across various materials for the 2022 event.

Anyone interested in pre-ordering a t-shirt with the new design can do so via this link!

Liquified’s Creative Director of Marketing, Caitlin Wiggins, said 100% of the proceeds from the t-shirts will benefit Annapolis Pride.

The parade route this year will be similar to that of 2019 and will run along West Street from Amos Garrett Boulevard to Calvert Street. The festival will take place on West Street between Calvert Street and Church Circle, and in The Peoples Park on Calvert Street next to the Whitmore car park and adjoining car parks.

Annapolis Pride successfully hosted the inaugural Pride Parade and Festival on June 29, 2019, which was attended by thousands and brought together more than 75 local organizations, businesses and government agencies. In-person events scheduled for 2020 and 2021 have been postponed due to COVID concerns.

Wondering where the comments are? We encourage you to use the share buttons below and start the conversation for yourself!

What is the release date of the adidas x Balenciaga Triple S? Here’s what we know