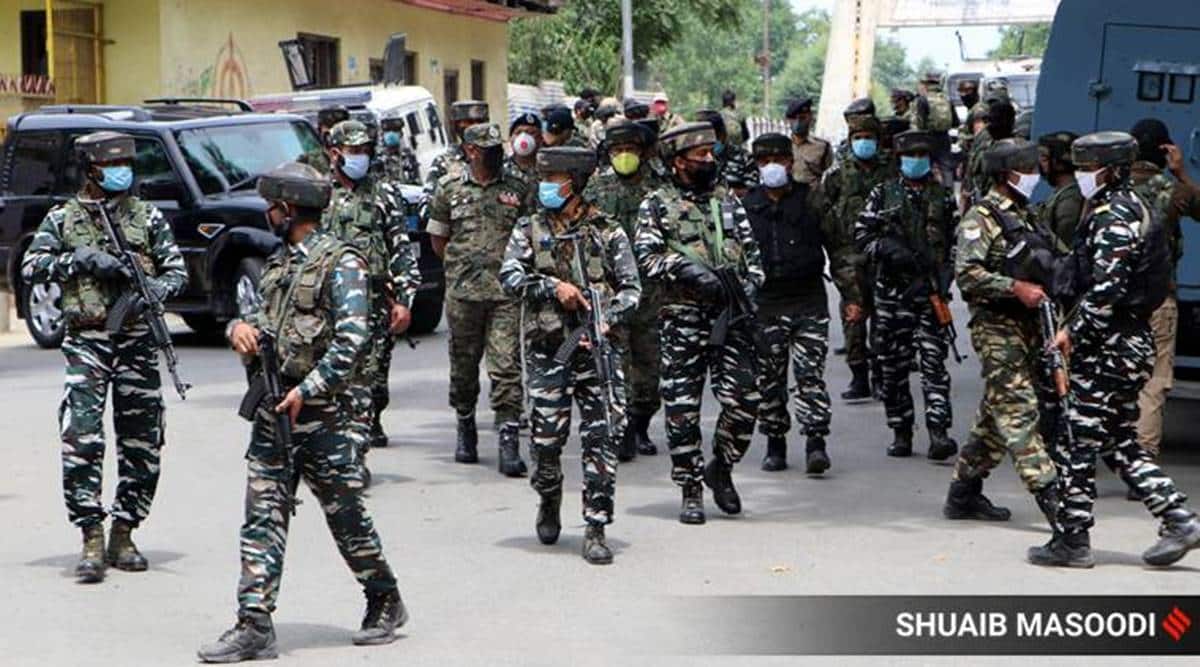 After two more non-locals were gunned down in Jammu and Kashmir on Sunday, UT police called on all of its district chiefs in the valley to assemble non-resident workers “immediately” into security camps , officials said.

The move comes after activists shot dead two workers and seriously injured another in Kulgam, South Kashmir, on Sunday night.

In a message sent to all district police, Inspector General of Police (Kashmir) Vijay Kumar said: â€œAll non-local workers in your respective jurisdiction should be brought to the police or central paramilitary force or to the nearest military establishment now. “The matter is most urgent,” the post said.

Sunday’s incident is the latest in a series of attacks on civilians in Jammu and Kashmir recently.

â€œTerrorists indiscriminately shot #NonLocal workers in the Wanpoh area of â€‹â€‹#Kulgam. In this #terrorist incident, 02 non-locals were killed and 01 injured, â€Kashmir area police said on their Twitter account.

He said police and security forces cordoned off the area.

According to officials, activists broke into the workers’ rented accommodation and opened fire.

This is the third attack on non-local workers in less than 24 hours.

A street vendor from Bihar and a carpenter from Uttar Pradesh were shot dead on Saturday evening.

In the midst of the wave of killings of civilians, the lieutenant governor of Jammu and Kashmir, Manoj Sinha, had vowed on Sunday to “avenge every drop of their blood” by “tracking down terrorists and their sympathizers”.

Sinha said that attempts are being made to disrupt the peace and socio-economic progress of Jammu and Kashmir and the individual growth of the people, and reiterated the commitment to the rapid development of the Union territory.

â€œI pay my sincerest respects to the martyred civilians and my condolences to the bereaved families. We will hunt down terrorists, their sympathizers and avenge every drop of blood from innocent civilians, â€Sinha said in his monthlyâ€œ Awaam ki Awaaz â€radio show.

BJP state spokesperson Altaf Thakur, while condemning the killings, said it was “pure genocide”. â€œThe horrific killing of non-locals is nothing but inhuman and shows the frustration of activists,â€ he said.

Thursday, a junior officer and a jawan were killed in the Mendhar area of â€‹â€‹the Jammu border district in Poonch in a fierce shootout between militants and army troops.

Sources said the activists were believed to be part of the same group that killed five army soldiers during a meeting Monday in the neighborhood.

Monday’s meeting, along the Mughal road from Poonch to Shopian in southern Kashmir, was the worst in the region in 17 years. The security forces had launched a massive search following the meeting, and it was during search operations in the forests of Bhata Durian, adjacent to the area of â€‹â€‹Monday’s meeting, that the soldiers came under fire. activists.

Police previously told the Indian Express that activists targeted civilians and, more recently, members of the minority community in Jammu and Kashmir in 2021.

The police attributed this to the â€œfrustration of the terrorist manipulatorsâ€ following the destruction of their support structures and the effective maintenance of public order. There is a new challenge, however. “Unlike full-time activists who disappear from their villages or advertise themselves on social media and thus end up on activist lists, these halves are largely under the radar and therefore difficult to follow,” said one. policeman, who did not wish to be named, had said.