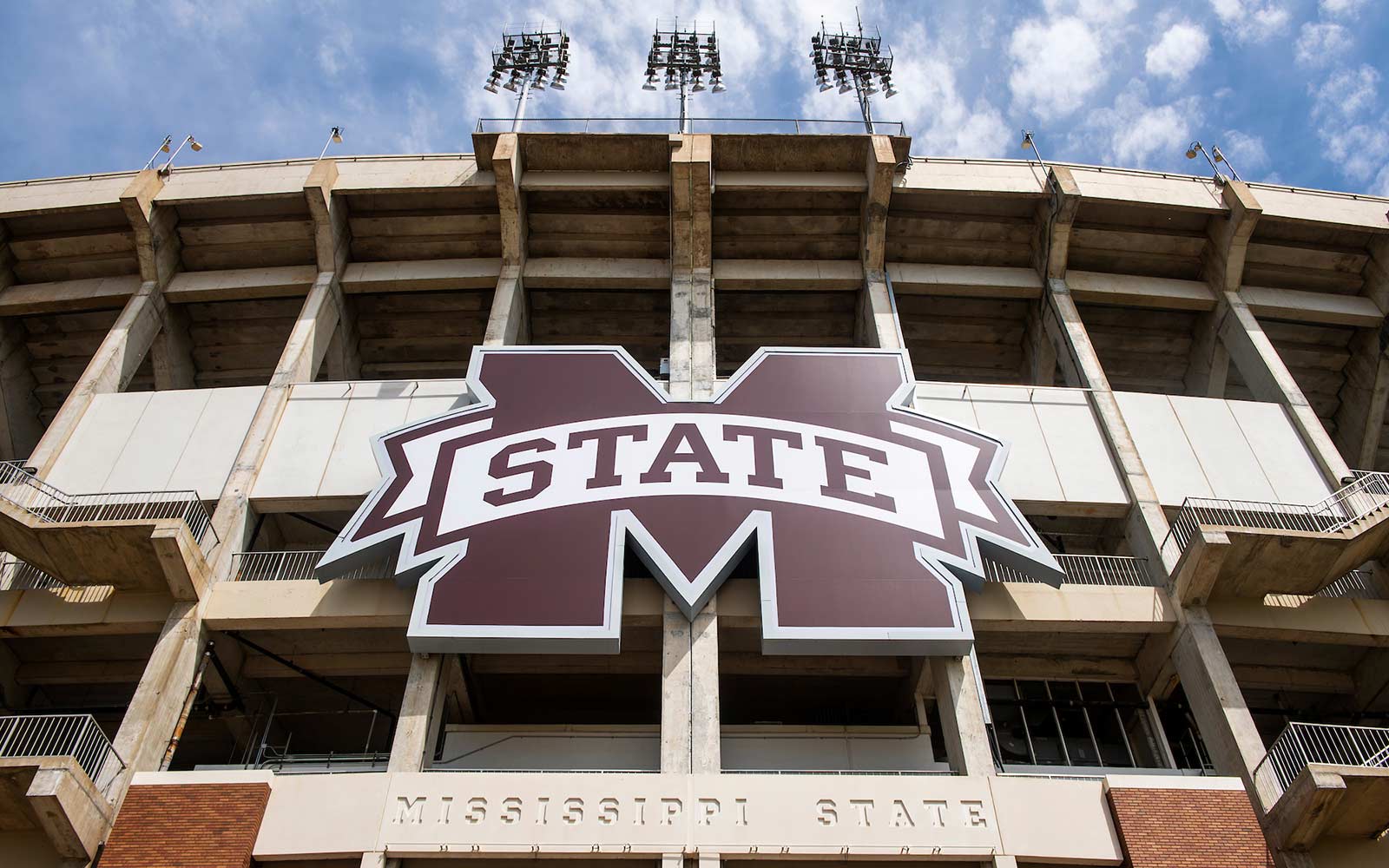 The main Mississippi State University logo is off center. No seriously.

The primary logo used in connection with Mississippi State University is completely offbeat. You can never ignore the clear spacing problem.

When you access the school’s official website, www.msstate.edu, the logo appears at the very top. It’s one of the first things on the page.

The logo is also featured throughout campus, on all school literature, and on many school-issued merchandise. It is even prominently displayed outside Davis Wade Stadium, the university’s football stadium.

However, it is aesthetically unpleasant. The logo was created with a conscious graphic design decision that makes it look weird.

The official Mississippi State University logo is off center.

When you look closely at the logo, the “A” in State is not aligned in the middle, which would be where the background “M” hits its middle peak. Instead, it is shifted slightly to the left.

The reason doesn’t seem to be because someone messed up the placement of “STATE”. Instead, it seems to stem from the fact that the “S” and the “E” are different widths. When you look at the logo in an editing platform like Adobe Photoshop, you quickly discover that the “S” is about 127 pixels wide, while the “E” is about 144 pixels wide – plus or minus one pixel. or two.

The graphic designer finally chose to anchor the center to the five letters of “STATE” rather than to the central letter “A”.

According to MSU’s website, the university first developed a “comprehensive visual identity program” in 1992. This included the first-ever wordmark and specifications for how graphic symbols, including the seal of the university, were to be used.

In 2008, the Trademarks and Licensing Committee worked alongside University Relations and a campus committee did a sort of overhaul. They started to:

Outside of this timeline, it would appear that the university has of them opportunities to do things well. At the very least, the logo revamp in 2008 corrected the anomaly if it had first been realized in 1992.

But that hasn’t been changed. The official Mississippi State University logo remains off center to this day.

You can never ignore it.