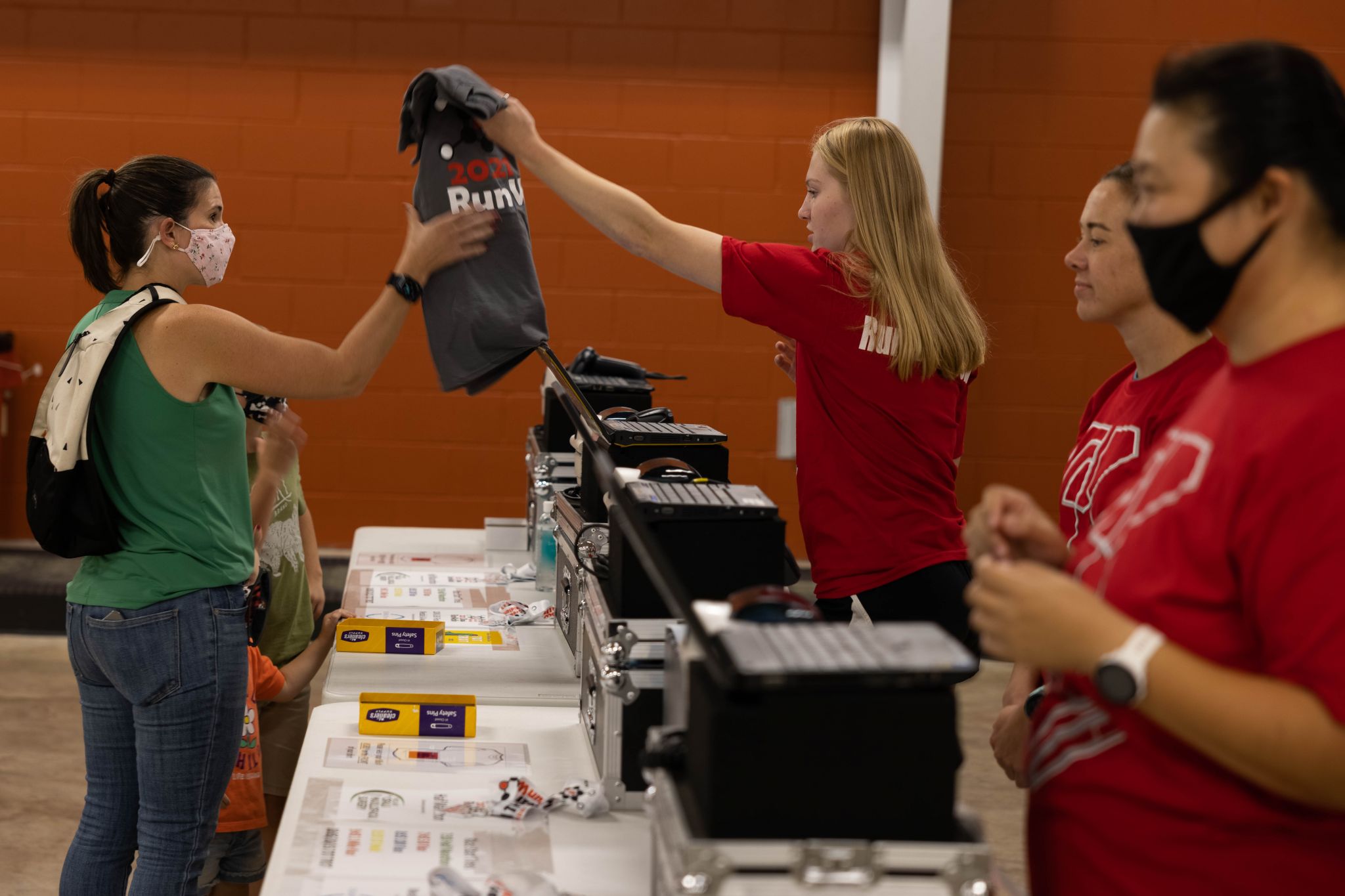 The Eat Great Food Festival kicks off the Dow RunWalk

Ahead of Saturday’s Grand Midland Dow RunWalk which brought together over 800 people, runners and community members gathered to pick up running gear and eat food truck bites on Friday afternoon.

The Eat Great Food Festival was new this year, bringing together food truck vendors, live music and more to celebrate the community ahead of the big racing event, which took place for the first time since June 2019.

Friday’s kickoff, outside the Midland Curling Center, featured live music from Mio and free food provided by Proper Taco and That Guy’s Barbeque.

“It’s such a joy to see families sit and eat in the grassy areas and just enjoy it,” Adamcik said on Friday.

Food trucks were paid for through the Eat Great Festival which is held in conjunction with the Dow Great Lakes Bay Invitational Golf Tournament.

“Our goal is to support restaurants in the Great Lakes Bay region,” said Wendy Traschen, director of the Dow Great Lakes Bay Invitational, in a press release. “We usually have an Eat Great festival during the tournament (Dow GLBI), but this year we didn’t because of COVID. So we made a commitment to do pop-ups.

After a year of COVID-19 precautions limiting gatherings, Adamcik said people were eager to gather.

“(The food festival) helps bring out the community. For those who don’t even participate in the (race), it brings them to the race site so that they can participate as well, but maybe they don’t even run or even walk, ”said Adamcik.

Allen and Laura Wittbrodt, from Midland, stopped by the food festival on Friday before competing in the 5k race on Saturday. They said their son and daughter were running with them. This family of runners has participated in running / walking events since 2013.

Jessica Richter, a resident of the Bullock Creek area, was scheduled to compete in the 10k race. She said she normally participates in 5K.

“I’ve been doing this for about five years,” Richter said. “I love everyone and how exciting it is. I love everyone’s energy and enthusiasm, that’s why I keep coming back.

Runners recovered entry packages and other documents, including this year’s t-shirt with a logo designed by Dow High 2020 graduate Brooke Gledhill. Adamcik said organizers were trying to change the design of the logo every year so runners can collect unique items.

“People want to collect running shirts year after year,” she said. “So you will see them in the community for years to come. “