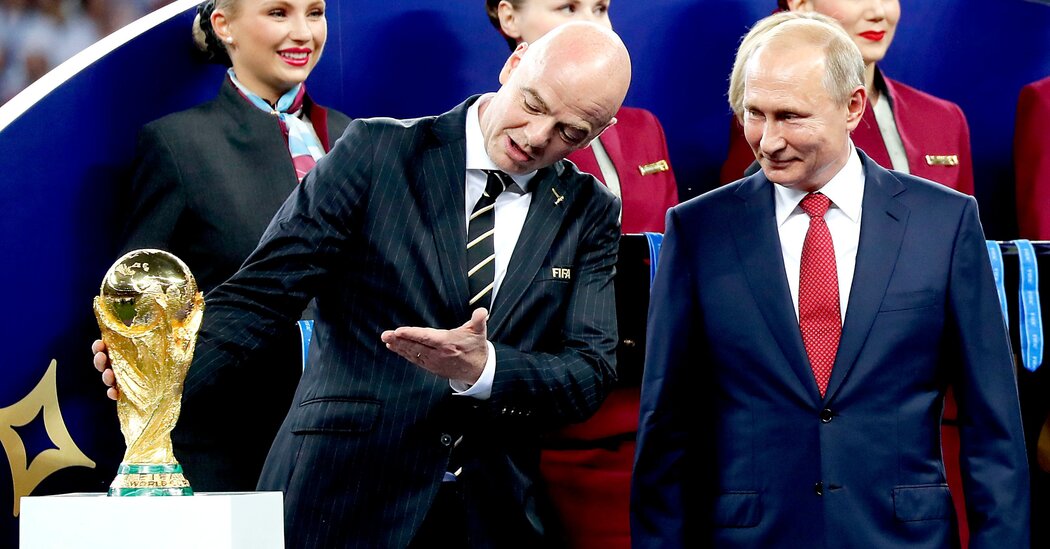 Russia, football and a line drawn too late

Everton and Chelsea, for example, have significant financial ties to Russian oligarchs who were singled out by a UK lawmaker this week as suitable targets for sanctions; or Manchester United, carefully silent on its sponsorship deal with Aeroflot, Russia’s state-backed airline, until suddenly dropping it on Friday.

Still, what do you expect, when the very bodies that are supposed to represent the game have been so willing? UEFA have, at least, stripped Saint Petersburg of this year’s Champions League final, which they found easier than canceling their own lucrative sponsorship deal with Gazprom.

And then, of course, there is FIFA. Oh, FIFA, whose president once accepted a friendship medal of Putin and claimed that the 2018 World Cup highlighted how wrong the Western perception of the ruthless kleptocracy he presided over was. On Thursday, this president, Gianni Infantino, condemned “Russia’s use of force in Ukraine”, although there were times when direct criticism didn’t seem to come easily.

Even putting these teams, these bodies under scrutiny, however, can still be a little unfair. The idea that one should expect any of these institutions to have a cogent and thoughtful reaction to a major unfolding global crisis is, basically, slightly absurd.

The issues that have brought the world to this point, their underlying causes, their long-term ramifications, go well beyond not just the scope of their expertise – let’s go live, now, to Frank Lampard, for his vision of the 2014 Minsk agreements — but the limits of their world.