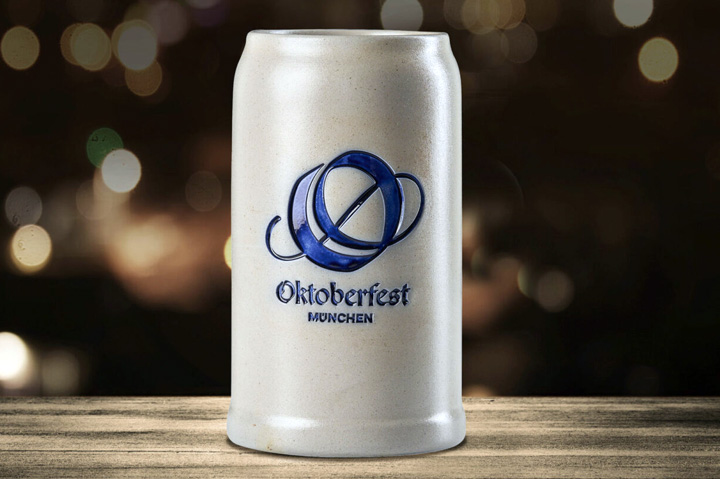 And now that we have your attention: the most famous beer festival in the world, the official Oktoberfest held in Munich, Germany, begins on Saturday September 17 and ends on October 3. This is Munich’s first Oktoberfest since the start of the COVID-19 pandemic. Of course, that’s reason enough to don a dirndl or lederhosen and hoist a jubilant mug.

The new Oktoberfest logo featured on a beer mug.

But for design and marketing enthusiasts, there’s another compelling reason to attend the moss-soaked celebration: the 212-year-old festival has an all-new standalone single-symbol logo – a fact some say is a first.

Developed by the German company RED brand agencythe logo is a stylized “O” that combines traditional and modern elements for a look that is classic, contemporary and instantly recognizable.

For the “O”, RED created a new font, called “Wiesn”, a local nickname for Oktoberfest. The typeface is based on a Fraktur typeface which the designers say is reminiscent of the founding of Oktoberfest in 1810, but has an updated, cosmopolitan and international contemporary typeface, providing an excellent base for creating a long-term global brand. The shape of the “O” script reflects the “swing and spirit” of Oktoberfest, organizers said.

“As an agency, we asked ourselves the question, ‘What is the right symbol that can represent Oktoberfest?'” shared Michael Mazanec, Managing Director/Creative at Red. “We have come to the conclusion that Oktoberfest is so colorful and multi-layered that no pictorial sign can do justice to these different facets – be it the beer mug, the heart or the Ferris wheel. On the contrary, it must be abstract, open to interpretation and atmospheric. The initial ‘O’ in the word ‘Oktoberfest’ fulfills all of these requirements.”

The new Oktoberfest logo appears on products that include bags. Find more information and images here.

“The logo with the stylized letter ‘O’ is the central symbol of the festival’s new image,” said Clemens Baumgärtner, head of economic and labor affairs at the city of Munich.

Oktoberfest celebrations around the world have their roots in Bavaria. In October 1810, the first Oktoberfest was held to celebrate the marriage of Crown Prince Ludwig to Theresa of Saxe-Hildburghausen. The event has become the largest Volkfest in the world, which is a combination of a beer/wine festival with a funfair that usually occurs in Germanic countries.

Even if you can’t make it to Munich, raise a toast or two to Therese and Ludwig, and enjoy the creativity that inspired the new logo. Zum Wohl!

Get the most important news every day by subscribing to PromoGram.

Wikipedia wants a sound logo and needs your help