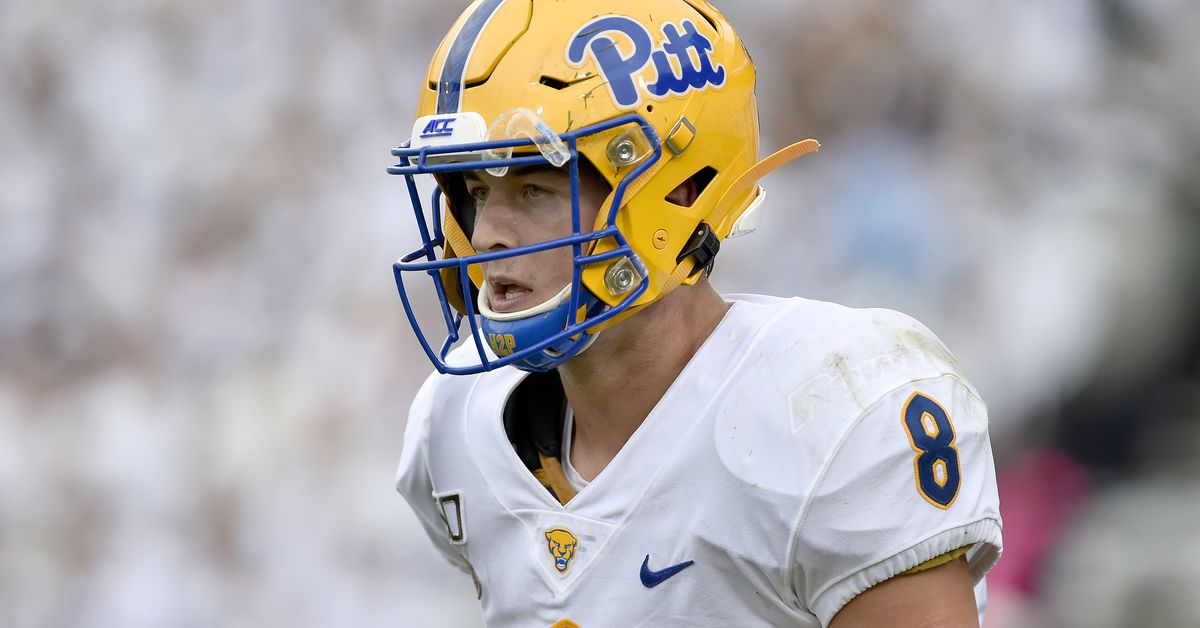 Pitt quarterback Kenny Pickett became the first Pitt athlete to take advantage of the NCAA’s new name, image and likeness policy, as he struck a deal with the Oaklander Hotel in Pittsburgh the last week. Now, it looks like he’s planning to expand his brand, as he’s trademarked a logo incorporating his initials and number.

Darren Rovell from Action network revealed the logo and noted that Florida attorney Darren Heitner had registered the trademark in Pickett’s name. The logo features a gold “K” and a gold and blue “8”. The gold in the “8” is meant to highlight the letter “P” in the “8”.

Reviews of the logo have been mixed at best. Graphic designers ranging from hobbyist to professional have swept design online. Others have noted a fleeting resemblance to the “K” and “E” in the logo that adorns IKEA buildings. And many have pointed out that “K” and “8” combine to phonetically spell “Kate”. Still, the logo is not without supporters, as some have responded well to the design.

The logo follows a well-established pattern in sports marketing as it incorporates initials and a number into the design, such as Tom Brady’s TB12 logo, Aaron Donald’s AD99 logo, Chris Paul’s CP3 logo, and the RG3 logo. by Robert Griffin III. Plus, Pickett isn’t the first varsity athlete to adopt a logo, as Graham Mertz, the caller from Wisconsin, unveiled a streamlined design incorporating the initials “GM” in June. The logo received positive reviews and Mertz launched a website where branded merchandise could be purchased.

Despite the reviews online, it appears Pickett has plans for the logo, as he went to the trouble of applying for a trademark. With that in mind, he could appear on merchandise over the next two weeks, as that was the possible next step for Mertz. However, Pickett has yet to reveal his specific intentions for the logo.