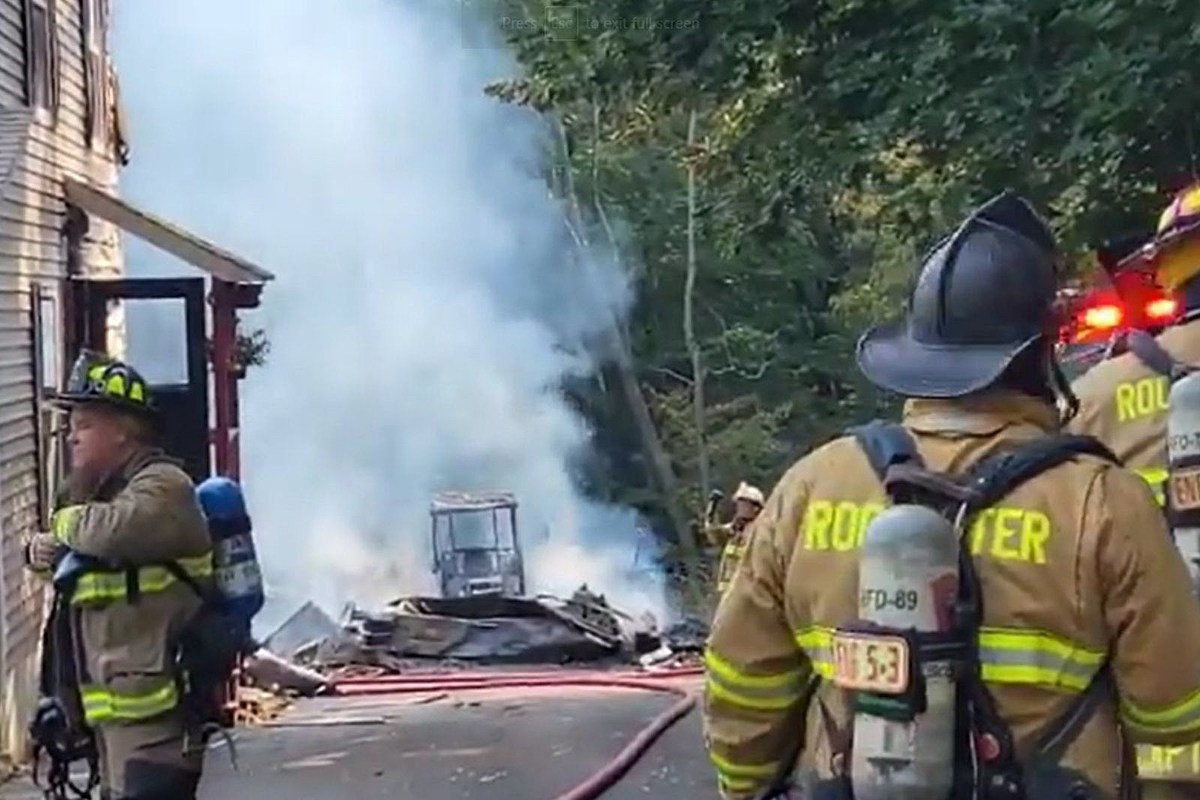 A fire in a two-story house in Northwood began Tuesday afternoon in an adjacent garage before the flames spread to a chicken coop and the main house, according to the fire chief.

The first firefighters at the Bow Street house found a fire and thick smoke outside the first floor which spread to the second floor and roof. According to Northwood Fire Chief Mark Tetreault, two people inside the house got out safely and a firefighter suffered a minor burn.

No chickens were killed.

The chief said an additional alarm was triggered to bring six tankers and additional staff to the scene. The additional firefighters gave the fully-dressed teams a break with temperatures in the 80s and high humidity.

â€œNorthwood does not have pressurized hydrants, so all firefighting water has to be trucked in. During this afternoon’s fire, we never ran out of water. “, Tetreault told Seacoast Current.

The North New England section of the American Red Cross was helping the family find temporary shelter and urgent needs.

This was the second fire in Northwood in the past 30 days. A fire at a First NH Turnpike home on June 24 claimed the life of 72-year-old Catherine F. McNally.

KEEP WATCHING: Find Out What 50 Company Logos Looked Like Back In Time