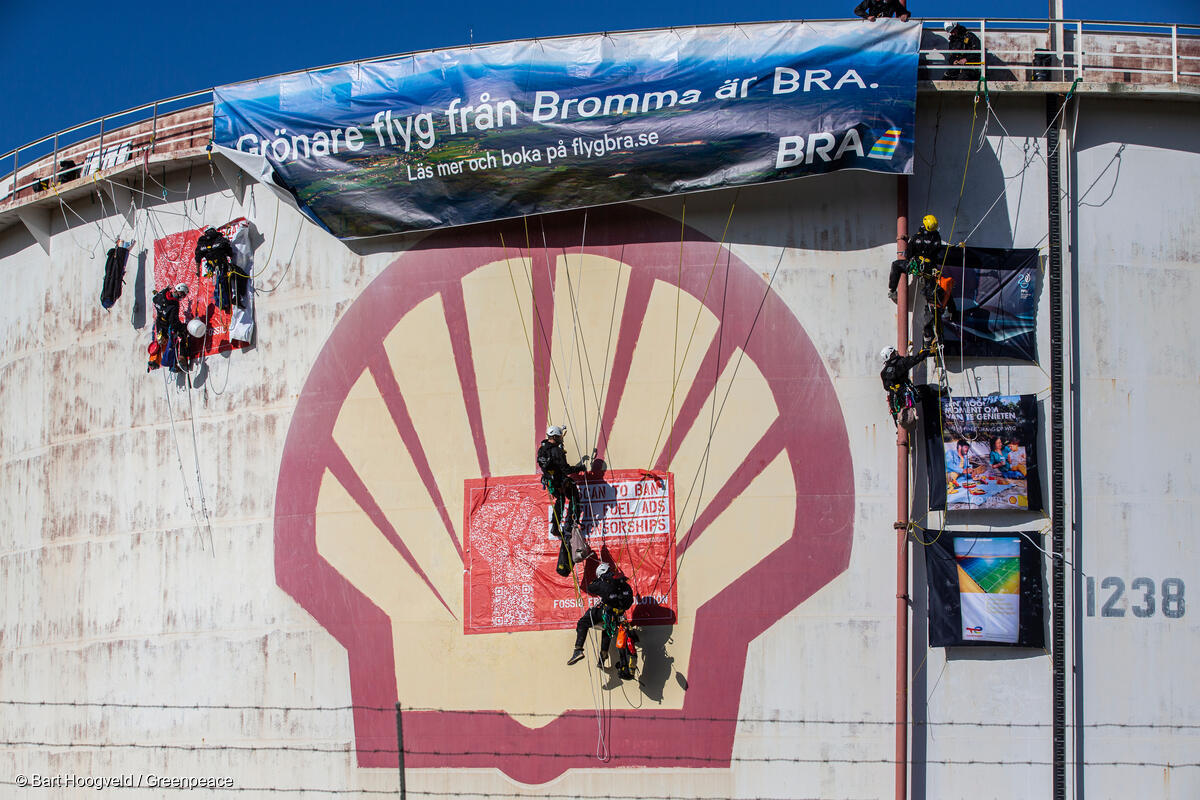 Dutch police have arrested a number of Greenpeace activists following a demonstration focused on greenwashing in the port of Rotterdam.

The activists got into the water in various boats. They held up banners calling for a “fossil-free revolution” and a ban on hydrocarbon advertising.

Faiza Oulahsen, climate and energy manager for Greenpeace Netherlands, said the protesters were not there “just to run an advertising campaign. We will continue to pressure the oil industry, expose its responsibility for the climate catastrophe, and challenge the misinformation it uses to stay afloat and delay climate action.

The NGO said more than 80 activists, from 12 states of the European Union, had organized an occupation at the entrance to the refinery.

A group of nine people climbed a 15-meter oil tank and attached their own advertisements to the Shell logo. Another group is building a barrier with floating cubes.

Launch of the petition

The protest came as a number of environmental groups launched a European Citizens’ Initiative (ECI) petition. This called for a law banning the advertising and sponsorship of hydrocarbons in the EU.

An analysis by Greenpeace Netherlands claims that nearly two-thirds of advertisements by Shell, TotalEnergies, Preem, Eni, Repsol and Fortum “mislead consumers” or “promote polluting products as solutions to the climate crisis”.

Advertising pressure has increased in recent months in several countries. The Netherlands has been at the forefront of this dynamic.

Shell has made net zero commitments and has taken a number of measures to reduce its emissions. Last month, the company announced a Final Investment Decision (FID) on an 820,000-ton-per-year biofuels facility. This will be built at Shell Energy and Chemicals Park Rotterdam, formerly known as the Pernis refinery.

The plant aims to capture CO2 emissions and store them in a depleted gas field. It is expected to start producing biofuels in 2024.