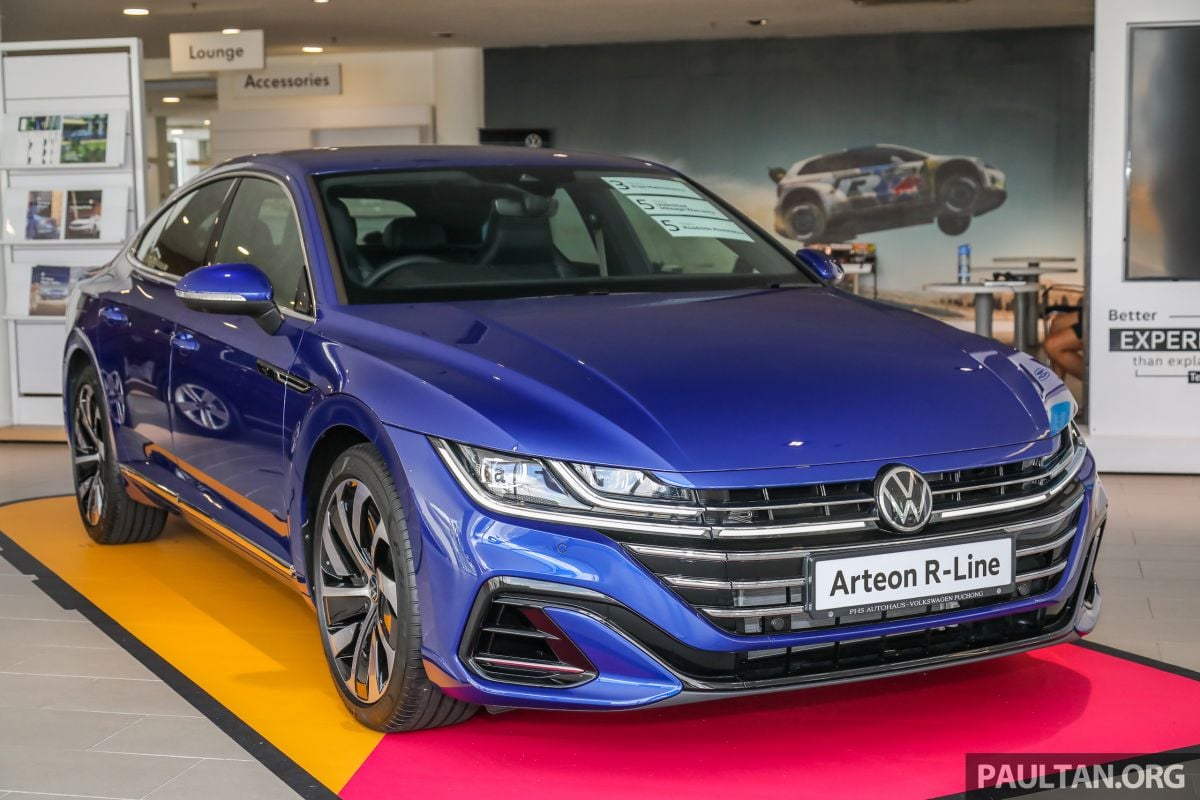 Launched here in July this year, the Volkswagen Arteon facelift is currently offered in a single R-Line 2.0 TSI 4Motion variant priced at RM 248,693 on the road without insurance (over RM 27,000 more than before). Today we bring you a complete gallery of the stylish sedan for your viewing pleasure.

Keep in mind that the asking price takes into account the current sales tax exemption, which is 100% in this case, as the Arteon is assembled locally (CKD) in Pekan, Pahang. The price also includes a five-year warranty, unlimited mileage and three years of free maintenance.

A few noticeable changes to the interior as well, as the analog clock on the dashboard is now gone to accommodate new angular air vents and a silver stripe running across the front half of the cabin. Elsewhere, the air conditioning system now has touch controls, there’s a new steering wheel design, the ambient lighting system now features 30 colors and the ErgoComfort seats have a sportier look with integrated headrests wielding. an embroidered R logo.

All logos and badges are also from Volkswagen’s latest corporate look, making the Arteon the first model in Malaysia to get them. In terms of color options, you have access to Lapiz Blue and the existing Oryx White, Deep Black, Pyrite Silver, and Manganese Gray, but the previous hero color Turmeric Yellow offered for the pre-facelift has been dropped.

However, both numbers represent a gain over the car’s 190 PS and 320 Nm before the facelift, and there’s even Volkswagen’s 4Motion all-wheel drive system to go with the standard seven-speed DSG wet dual-clutch transmission. The result is 0-100 km / h in 5.6 seconds, about two seconds faster than before.

In the safety department, the Arteon benefits from lane keeping assistance, blind spot monitoring and rear cross traffic alert, joining the usual six airbags, ABS with EBD and braking assistance, stability control, post-collision braking and ISOFIX rear child seat anchorages. However, the car is still not offered with autonomous emergency braking, despite the presence of the front camera.