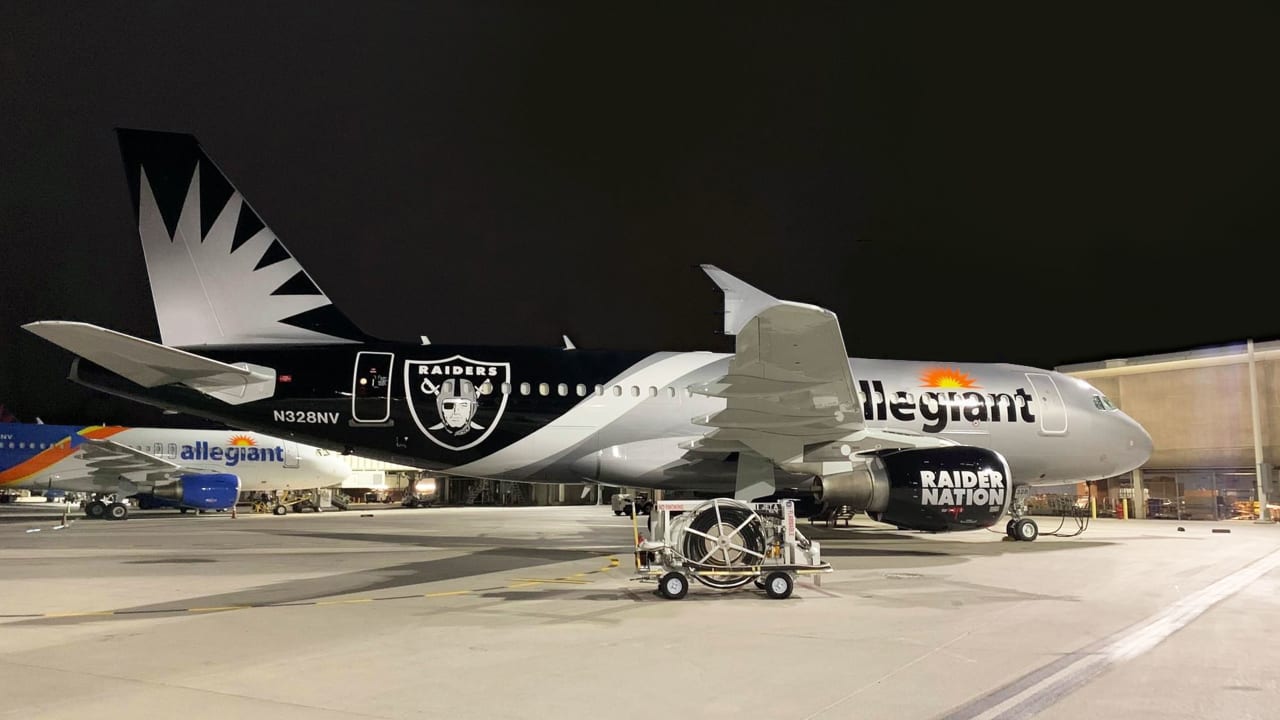 “As die-hard fans know, ‘The Autumn Wind is a Raider’,” said Scott DeAngelo, executive vice president and chief marketing officer of Allegiant. “As the football season rolls around this fall, we are delighted that ‘The Autumn Wind’ is bringing this beautiful plane to Las Vegas for all fans to enjoy. As a local Las Vegas airline, we are incredibly proud of our partnership with our hometown team. This distinctive jet brings together characteristic elements of our two brands, combining them to showcase our shared community pride. “

The one-of-a-kind livery was designed to have a strong and powerful presence in the Allegiant fleet – as the Raiders do both in the field and in the Las Vegas community. The design incorporates Allegiant’s signature livery elements – a flowing ribbon encircling the fuselage, a prominent logo, and a sunburst tail – but washed in Silver & Black recognized worldwide as representing the Raiders. Metallic silver paint has been carefully matched to the team’s signature helmets, and the engine cowls are reminiscent of Raider Nation, symbolizing the boost that an incredible international fanbase gives to this legendary franchise.

“We are thrilled and excited to extend our partnership with Allegiant with the addition of this Raiders brand aircraft,” said Dan Ventrelle, president of the Las Vegas Raiders. “Raider Nation and beyond can now travel to and from the sports and entertainment capital of the world in style. ”

The Raiders-themed plane arrives just at the start of the football season and will no doubt transport fans as they travel to Las Vegas for games at Allegiant Stadium. Allegiant last week started offering exclusives travel packages for fans, including airline tickets, hotel stays and Raiders home game tickets. The packages are available in three levels depending on the location of the seats and are sold exclusively at Allegiant.com.

Unlike most other airlines, Allegiant operates a “round trip” network, with exclusively non-stop flights, which means that each flight day begins and ends at a base, rather than connecting traffic through busy central airports. The Raiders-themed plane will be based in Las Vegas. It joins Allegiant’s fully Airbus fleet, carrying scheduled passengers to southern Nevada and destinations through the airline’s network.